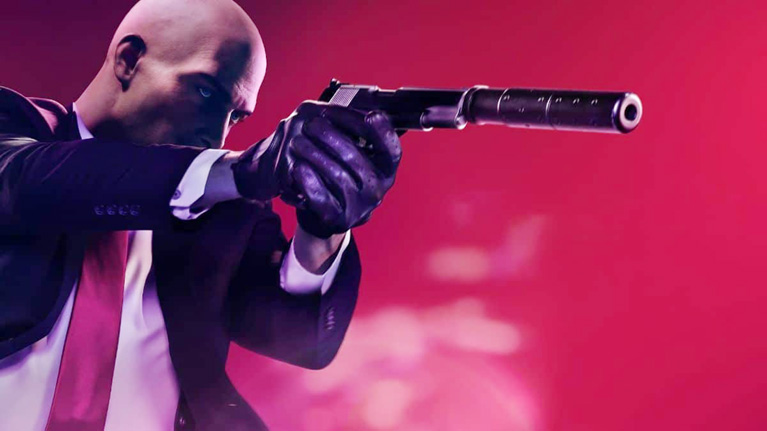 The Hitman games are on the same level as Thief, Splinter Cell, and Metal Gear Solid when it comes to stealth. So, it’s time to talk about the best parts of the series. These are the best adventures of everyone’s favorite bald killer.

This Hitman mobile game is the runt of the litter. Hitman Go took the best parts of the series and made them work on a phone. Sniper, on the other hand, isn’t much more than a shooting gallery with Hitman characters. There are a few nice touches, but don’t worry, missing this one won’t keep you up at night until you die.

You can set up traps, use distractions, and change the environment in Sniper, but the controls are a big problem. The sniping isn’t very effective. It’s a pain in the rear to try to zoom in on a target.

Almost everyone has forgotten about this one, and for good reason. The best is yet to come.

Codename 47 may have been the first Hitman game, but it’s clear that the series has grown and changed a lot since it came out. Some of the right things are here: planning a route to your target and killing them with the weapons and gadgets you have is still a lot of fun, and the AI of the enemies is surprisingly smart.

So, it’s too bad that everything is so slow. The movement feels terrible, and the camera is very tight and hard to move. The story isn’t very deep, and despite what you might think, the game is very linear. Most of the time, there is only one right way to beat a level.

Codename 47 is getting a little old and creaky. It was a good first try, but it’s hard to go back to it now. It’s probably only interesting to die-hard fans or people who study the history of games.

Hitman: Absolution might be the hardest game on this list to categorize. Is the game bad? No, not even close. Is this Hitman game good? I’m sorry, but I have to say no. Absolution, which came after Blood Money, one of the best books in the series, felt like a step backward. Sometimes you forget you’re playing a Hitman game because it has so many cutscenes, is very linear, and has very few cool gadgets.

There aren’t many sandbox levels, and sometimes you’re even forced into straight-up gun battles, but that’s not why I play Hitman. The targets aren’t as interesting as in other games, the checkpoint system makes it hard to try new things, and some of the quick-time events are very annoying.

The game is fun to play and the writing is good, but that’s not enough. It’s also important to point out that the tone is very sexual and sometimes goes into very questionable territory. Some people might not like that.

Hitman: Contracts is a bit strange because it is both a remake of the first game and a follow-up to the second. It’s like putting together the best parts of all the Hitman games so far. It’s pretty much the game IO wished they had made first.

The stealth works a lot better than it did in Codename 47, and the game is much smoother overall. Other than that, there isn’t much to say about Contracts that hasn’t already been said about the two games it is a “remake” of.

It has a darker tone, better graphics, and a much better soundtrack. For a lot of people, this is where the Hitman story starts. This is an updated version of the first (or second, depending on how you look at it) game. If you don’t think you can handle the rough edges of some of the older games, this could be the best way to play them.

The Hitman series comes from a very clear place. Each game builds on what came before and sets the stage for the next. In this way, Silent Assassin is an important game because it was one of the first games to use many of the ideas that later went into the World of Assassination games.

Silent Assassin was the first time that players could poison a target’s food and drink, and it was also the first time that Agent 47’s dual “Baller” pistols became truly recognizable as his signature weapons. Like you’d expect from a Hitman game, the levels are big and unique.

This game isn’t great because of two things, though. First, there’s how hard it is. A lot of people didn’t like the game. Add a checkpoint system that isn’t working right (or isn’t working at all), and you have a recipe for frustration. Silent Assassin tried a lot of new things, but they didn’t quite work.

Stealth games are, at their core, puzzle games. You might not agree with me, but I think it explains why Hitman Go is such a confident adaptation. Hitman Go shows that stealth is about planning ahead and being careful. It doesn’t have as many features as a mainline game and is almost entirely linear, but it still gives you that Hitman high.

The game is played in turns, and each level is made up of grids and lines that Agent 47 moves along one at a time. The goal is to get to the same space as the target while avoiding guards on patrol and other dangers. All of it is very complicated, but the most important thing is that it makes you feel smart.

The top-down view and clean, simple graphics work well on mobile devices, and the controls work well enough. It’s not a full-fledged entry by any means, but it’s a very good Hitman experience in a small package.

It was a big step forward for the graphics and a turning point for the series. Hitman: Blood Money is famous for a reason. It is similar to the Hitman games of today in a lot of ways. The huge, open-ended levels, the notoriety system, and the completely new engine, which made it easier to move around and better at fighting without weapons, all make this a very powerful game.

This is Agent 47 at his most bald and cruel. Hitman games are all about coming up with creative ways to kill people, and Blood Money is full of them. Almost every level is a living, breathing murder tapestry with its own opportunities, gameplay, and themes. “A New Life,” a relentlessly intense suburban thriller, is one of the best parts. You will never go to a birthday party like this one again.

Since the Playstation 2, Hitman games have gotten a lot smoother, but Blood Money has held up very well. It’s a quintessential Hitman experience.

Hitman went back to its roots at this point. Absolution didn’t go as planned because it went in a different direction. It was clear that people wanted something more like the old games, and Hitman 2016 felt like an effort to bring back that old-school feel. Most of the time, it went really well.

The game itself is great to play. A very confident return to form that brought back the variety and open-ended structure. Even though the game came out in parts, each level could be played more than once, so players didn’t feel like they had to wait for more content.

All that really holds this game back is that you have to be online all the time and you have to be shown how to play. There’s a lot more focus on “opportunities,” which are scripted moments that the game leads you to. It’s also not the series’ longest game. Still, this is a great game and a great way to start the new trilogy.

I don’t have much to say about Hitman 2 that will be very interesting. Hitman games borrow a lot from each other, and Hitman 2 is just Hitman 2016 with some improvements. The levels are more complicated, involve you more, and have more ideas. Hitman has been getting better and better over the past few years, and Hitman 2 is part of that trend.

The game is no longer being released in parts, so fans can play it at their own pace. There was also a small shift toward true sandbox gameplay, with clever cause-and-effect systems added to each level.

There are also a couple of multiplayer modes, but they aren’t anything special. Hitman 2 could have been a level pack for the first game in the trilogy, even though a few rough spots were smoothed out.

After making Hitman games for more than 20 years, IO Interactive has finally put everything they have learned to use. Hitman 3, the latest game in the series, is the best Hitman game ever made. This is Agent 47’s best work from a technical and design point of view.

Like the other two games in the World of Assassination trilogy, Hitman 3’s levels are big, spread out, and full of creative ways to solve problems and play. The best mission in the whole series is probably “Death in the Family,” which is a murder mystery set on a Dartmoor estate.

I really don’t know where Hitman goes from here. This is about as much as can be said about the idea. Fans are living in a great time.

Like our list? Have we made a terrible mistake? What do you think? Tell us in the comments!