Adam Sandler, the Most Fashionable Celebrity In 2022 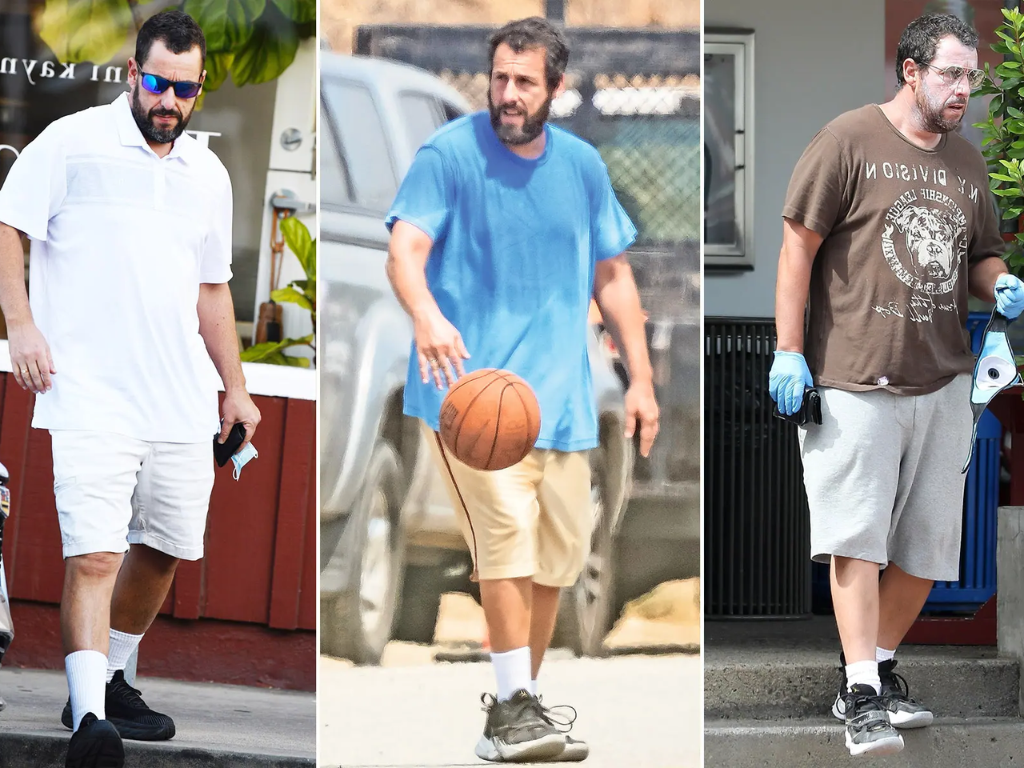 In terms of fashion zodiacs for 2022, the schlub would dominate. In the Google trend results for celebrity style, Adam Sandler topped Harry Styles, Lizzo, and Britney Spears. There’s Adam Sandler, most famous for his basketball shorts that are the size of a parachute. 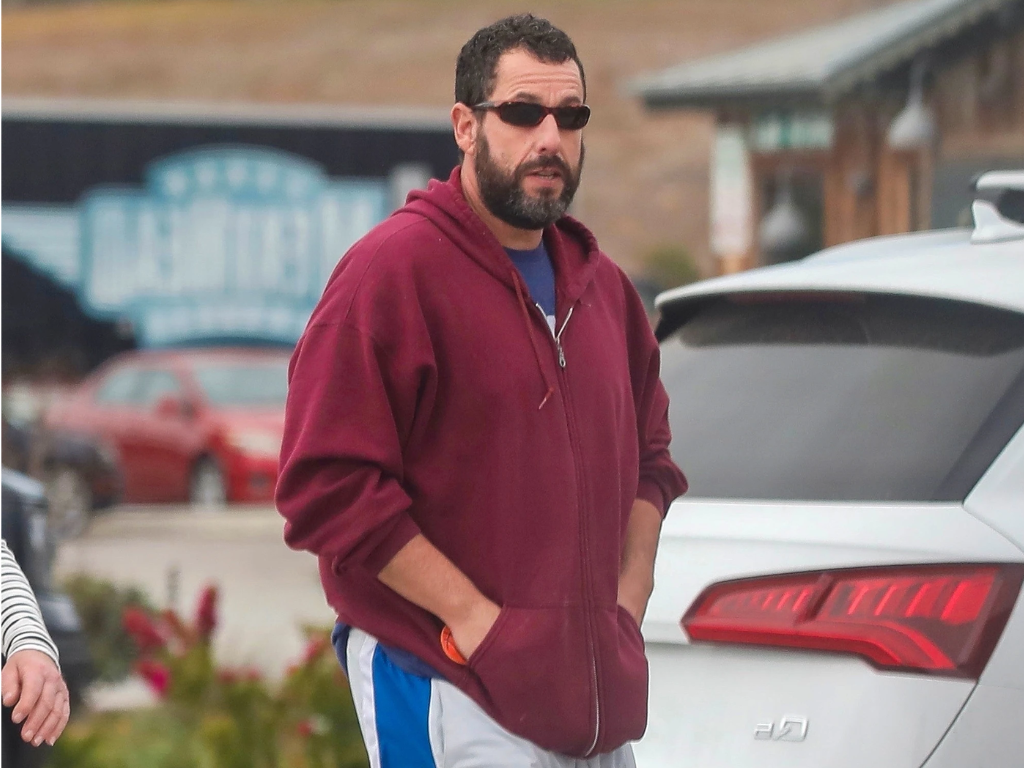 In contrast to the viral fame of Styles’ plucked-from-the-runway dresses, Sandler is more well-known for his oversized tees and equally big pants, which he accessorizes with a jar of pickles.

The fact that Sandler has been awarded this honor is not completely surprising to us. Essentially, he is the unofficial ambassador of pandemic style. During the last 18 months, all-things cush have been in vogue: sweatpants and sweatshirts.

There has long been an association between Sandler and this look. If you search for “Adam Sandler style” in Google, you will see a man who appears to have carved an imprint on his La-Z-Boy. Throughout the past several months, everyone has more or less adopted the same low-key grocery-run look. This actor wears huge blooming basketball shorts, oversized polo shirts, and untied basketball shoes.

There is a humorous element in Sandler’s look that reflects a depressive reality: Many people have alienated themselves from friends and colleagues, becoming one with their comforters and sweatpants.

In the meantime, Sandler gives fashion a hilarious face despite the world burning – and even the brands are trying to bring back celebratory dressing. Additionally, Sandler is an antihero in the fashion world. With his success, he can live by his own style standards, which are low and comfortable. Since Sandler is an already-established star, he does not need to prove anything and is certainly not hip. 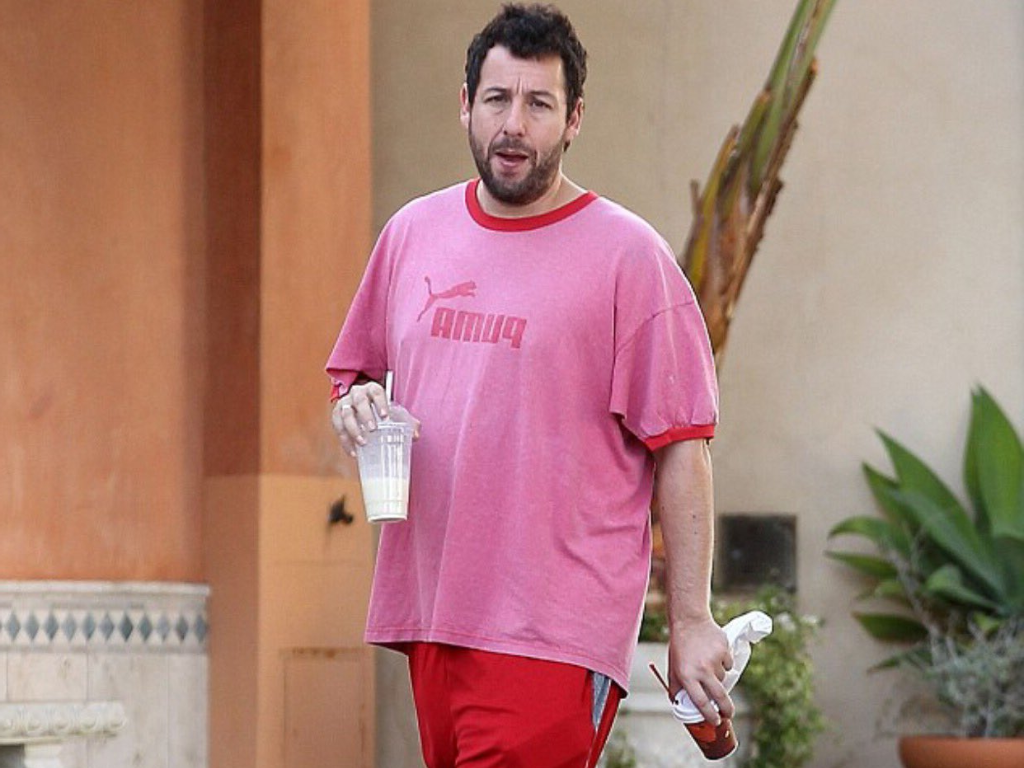 The fashion industry has been captivated by this schlub look. A loveable parasite who wore mindlessly bought logo-heavy luxury shirts with the tags still on, Sandler reentered the style-conscious’ radar with his role in Uncut Gems, a comedy about a cash-strapped diamond dealer.

Although his character’s look was more schmuck-like than schlub-like, it made us take a second look at Sandler. In December 2019, Uncut Gems introduced us to actor’s ridiculously humongous shorts and knee-skimming T-shirts.

There has also been a response from designers. One of the promotional images used by downtown-beloved label Praying was that of Sandler. Praying has a reputation for its perverse irony. As part of the advertising campaign, the brand photographshopped the actor in full Praying gear, holding a Twilight-themed shoulder bag. It is impossible that Sandler would ever waste time keeping up with the fashion Joneses, which is what makes the whole ensemble so humorous. 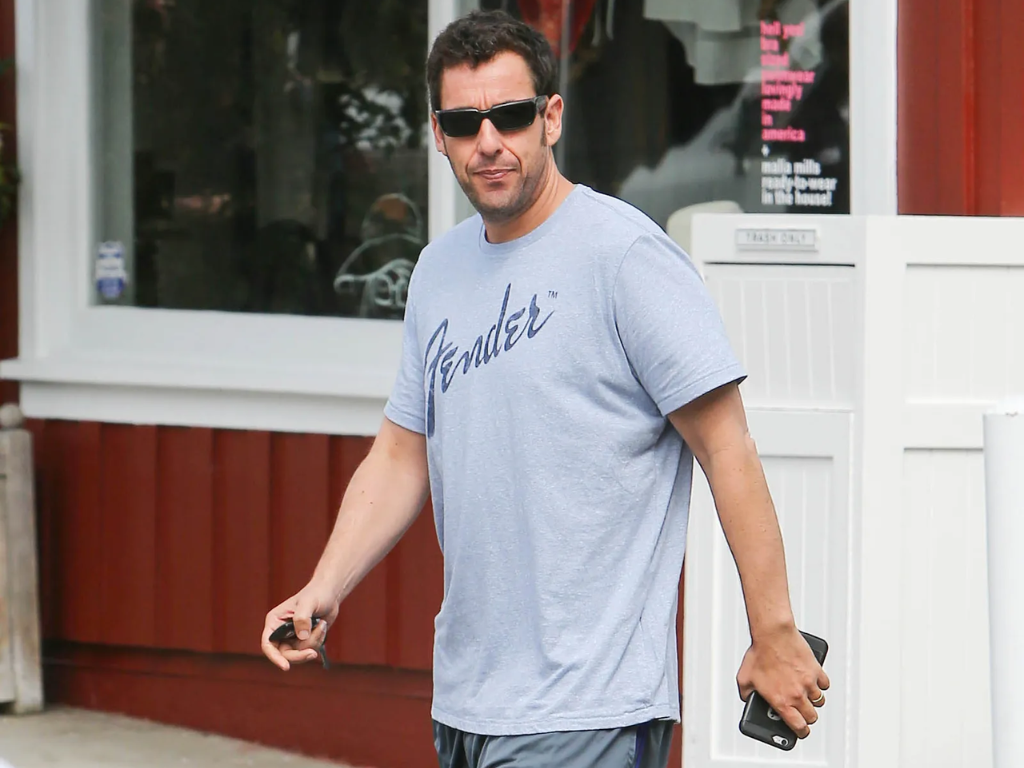 In addition to Sandler, the brand Old Jewish Men uses him as its mascot. On its Instagram page, the label posts shabby, but oddly fashion-forward outfits from, well, old Jewish men. This is in keeping with Sandler’s branding. There have been several times when the account broadcast Sandler’s everyday attire, including his post-basketball attire, as well as the pickle-chomping fall look which has become widely circulating.

There was an impact on the creator of the Old Jewish Men page, Noah Rinsky, as a result of the star. He notes that, at present, lounging in loungewear is not only acceptable in America, but it is considered a badge of honor to look like a motorless sloth while still being good at what one does. “This is Sandler’s charm.”

As a result, he tapped the label’s creative director, Bryan Seversky, to design Sandler Shorts, basketball shorts in white and blue that can be worn both as activewear as well as everyday loungewear, as Sandler intended.

“Wear the shorts around the house, to the court, or to your nephew’s bris,” says Seversky, adding, “He dresses for comfort and is unapologetic about it. And there’s something refreshing and genuine about this attitude.”

Sandler’s great big bagginess has been embraced not just by downtown brands. Whatever the reason, TikTokers have been wearing XXL clothes and promoting Sandlercore. In one video, the user @meganoakley_ begins by showing a selfie and saying, “you wouldn’t wear that out” and then showcases a gaggle of women wearing supersized shorts and T-shirts in the style of Sandler. 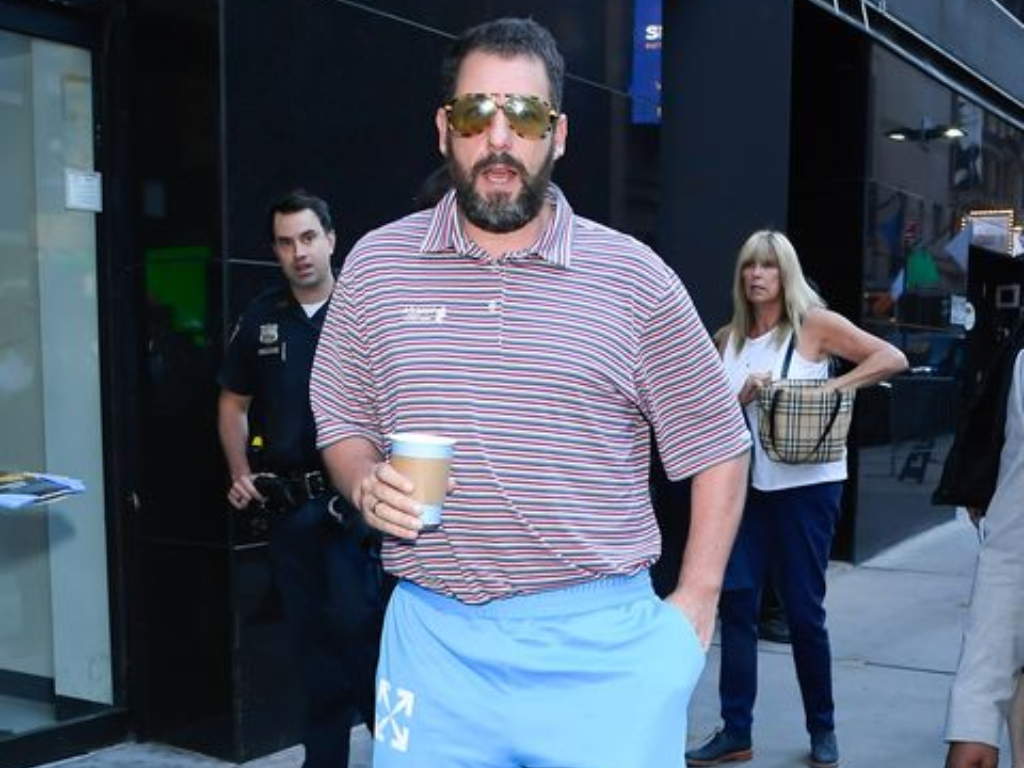 According to TikTok tastemaker Tinx, in addition to dressing like a “rich mom,” Sandler’s style is highly regarded. According to a Vogue article from July 2021, she says, “Adam Sandler is someone I think about often when I dress for the day. What is the maximum size of my T-shirt and the maximum length of my shorts? There is a high level of acceptance of that in California as well.”

In an industry that is often highly strategic, manicured, and put-together, Sandler’s insouciant approach to clothing is certainly refreshing. Those oversized pieces appear to convey the message, “Life is life” and “clothes are clothes.” It is true that all of the above is true, therefore, why not wear whatever you wish? Even though Sandler’s relaxed style makes him an unusual fashion icon, he makes a good fit for these times. Ultimately, his clothing philosophy is comfortable, and most importantly, it is comforting. 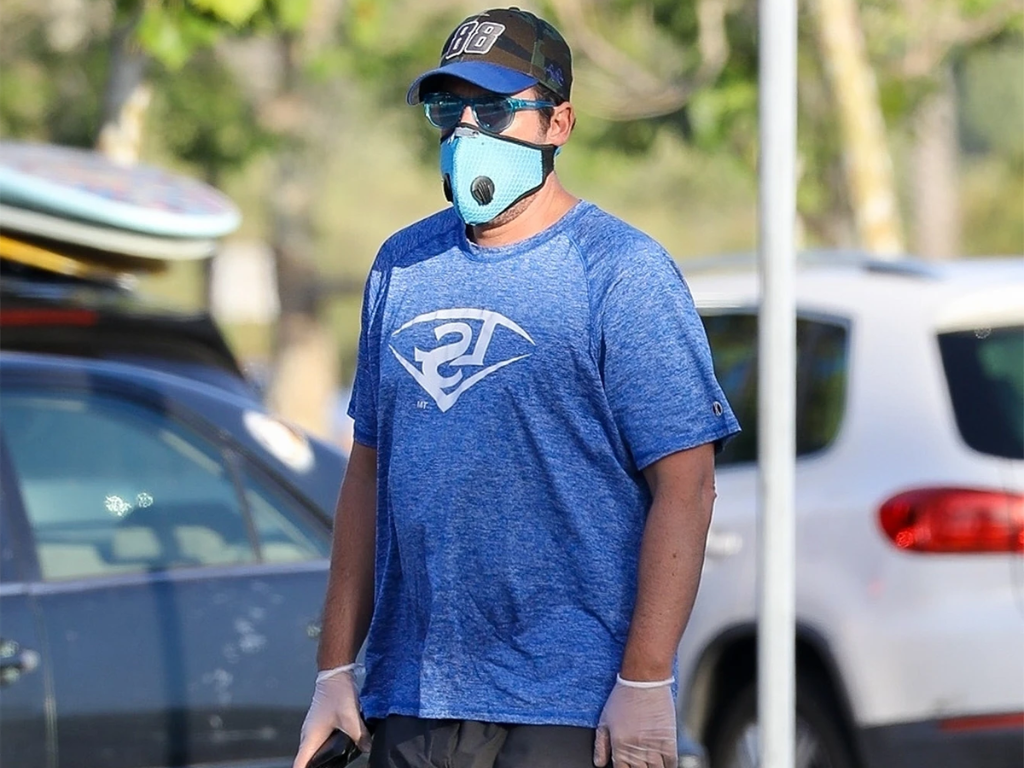