The Big Mackpie: A Delicious Type of Meat Pie Popular in Queensland 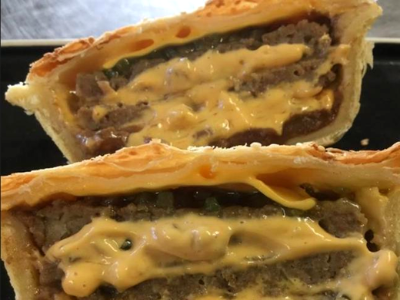 “Big Mack Pie” is a decadent gold-medal-winning burger with two all-beef patties, cheese, onion, pickles, and a special sauce, but you won’t find it at the Golden Arches or between a sesame seed bun. This “Big Mack Pie” is encased in sesame seed pastry and has been a popular item in the pastry case of an attractive country pie shop in Queensland. 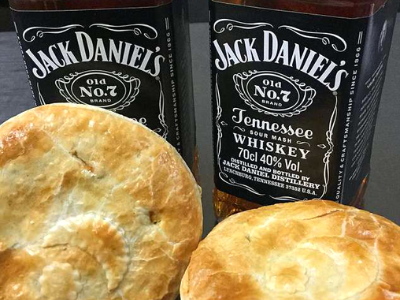 The pie became popular on pub menus in Australia during the mid-19th century. Today, millions of pies are gobbled up each year around the country. In fact, some would even consider it their national dish. The AFL finals are one of the few events where fans will consume food at a sporting event. Thousands of pies are sold each year at these events. The Great Aussie Pie Competition is held yearly in Australia to encourage the development of pie recipes.

While Australia claimed ownership of this gastronomic alchemy of meat, gravy, and pastry, meat pies have roots in ancient Greece and Rome. 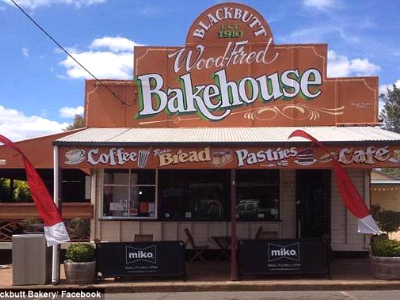 A family-run bakery called “Blackbutt bakery,” located 120 km northwest of Brisbane, Australia, has won the best meat pie in the nation after winning a national pie contest. According to Roberta Anson, the bakery owner, the unique creation of “Big Mack Pie” was brought back after a customer saw it on Facebook and ordered 20 of them.

Moreover, they released Big Mack pie for the second time after receiving great interest from the public

The Big Mackpie won the best gourmet pie in 2017 at Melbourne’s Great Aussie Pie Competition. The same year the bakery won best game pie with its Croc-a-Thai pie, which contained crocodile meat in a Thai curry sauce. In addition, the bakery won 11 gold, four silver, and one bronze medal that year.

In southeast Queensland and northern New South Wales, you will find a wide variety of exotic and wacky pies, including the Big Mack and the Croc-a-Thai. Moreover, the Blackbutt Bakery is also known for its Jack Daniels pie, a bourbon-infused pork pie made with artisanal pastry.

However, these aren’t the only wacky pies to come out of Australia. There are several more award-winning mackpies in Australia. 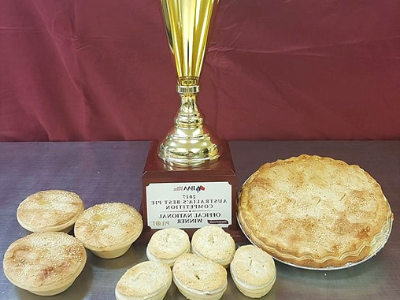 Here is the list of award-winning big mack pie: