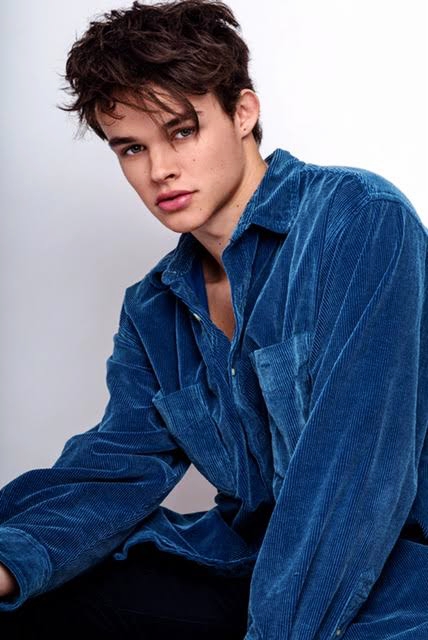 Looking for some spicy information about the Titan star Curran Walters? Oh yes, here, it is! Read this article to know all about our handsome Red Hood.

Curran Walters is a well-recognized American model. He is best known for playing Jason Todd in the superhero tv series “Titans”. In the first two seasons, he portrayed Jason’s alter ego “Robin” and fought against the evil along with the Titans whereas later on in the third season, he appeared as a nemesis of the Team Titans known as “Red Hood”.

Well, Curran has been part of various films and series including Game of Silence, Speechless, Girl Meets World, and Too Close to Home. Moreover, he has worked for various famous fashion brands including Tilly’s, Brothers, and Lee Jeans.

Curran Walters born on 16th January 1998 grew up in the United States of America along with his parents and sister, Harlowe Walters. Unfortunately, his parents’ names haven’t been revealed until now. All we know is that his father passed away in 2018.

Curran Walter has brown hair and green eyes. His Height is 5 feet 8 inches whereas his Weight is merely 75 kg. Curran’s zodiac sign is Capricorn and he is known to be christian by religion.

For education, Curran Walters went to Oak Park High School. Anyhow, we don’t know much about his qualifications.

On the other hand, about his dating life, he is presumed to be single.

Curran Walters debuted his acting career back then in 2014 when he starred in a comedy film Growing Up and Down. Consequently, he was offered the role of Young Jackson in the 2016 series entitled Game of Silence. Moreover, he was also a part of the first two-part episode of Girl Meets High School: Part 1 in which he appeared as Evan. Afterward, Curran got his second film role.

2 years later, in 2018, he played the lead role in a sci-fi tv film Playing Dead. The very same year, Curran got his breakthrough role. He was casted as Jason Todd in Titans in 2018. In 2019, he became a series regular but with the finale of the Titan’s third season, it has become unclear whether he will remain a main character or not.