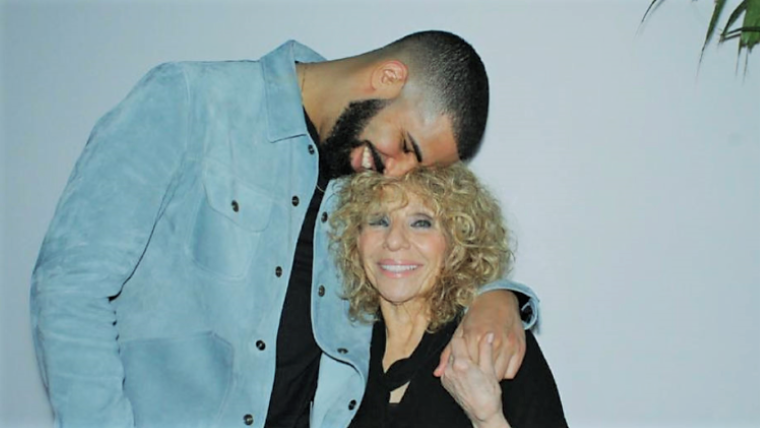 Sandi Graham is known as the mother of rapper Aubrey Drake graham. She feels great and has a great sense of achievement because of her son.

Before becoming famous as a mother of Drake Graham, she was a teacher and a florist. Here we will talk about all the interesting facts about Drake’s mother.

Sandi was born on 28th January 1960. She belongs to Canadian Jewish descent and has Canadian nationality.  Her parents’ name was Evelyn Sher and Reuben. Sandi has one brother in her siblings, but he died in 2011.

After a year, her mother also passed away. There is no more specific information regarding her educational background. Therefore, we can’t say anything about that from where she got an education.

Sandi Graham married to Dennis Graham as they met in the bar.  Dennis was a musician and drummer for Jerry Lee  Lewis. He Offered Sandi a cigarette, and soon after, they fell in love with each other.

After some time, they got married and got a son named Aubrey Drake Graham. Drake was born on24th October 1986. They were happy; however, the couple separated when their son was only five years old.  After divorce, her husband went to Memphis, USA, and she stayed in Canada.

Sandi got custody of her son after a divorce, but she had faced a difficult financial situation at that time. She moved along with her son to Forest Hill, where she worked as a teacher. Drake Graham started her education and attended Forest Hill Collegiate Institute, where he faces skin color racism.

However, Drake proved himself a strong boy because her mother was on his side.  It was a hard time for Sandi being a single parent, but she properly took care of her son. Sandi raised him according to Jewish Customs and has his Bar Mitzvah.

The mother and son always had a special bond that was built over the years.  Drake says her mother is his best friend, as well as a hero. He wrote many songs for his mother and dedicated many awards.

Net Worth of Sandi Graham

No Doubt, Sandi is a very hard working person. She faced many financial issues when she was taking care of her son being a single parent.  Sandi and her son’s estimated net worth is $140 million earned by many hits such as One Dance, Work, God’s Plan, Hotline Bling, and many more.

As you know, many kids become famous due to her celebrity parents. Similarly, some parents got fame because of their child. Sandi Graham is one of them who got popularity due to her son Drake Graham. He is one of the famous Canadian rapper, songwriter, actor, and doing amazing work.