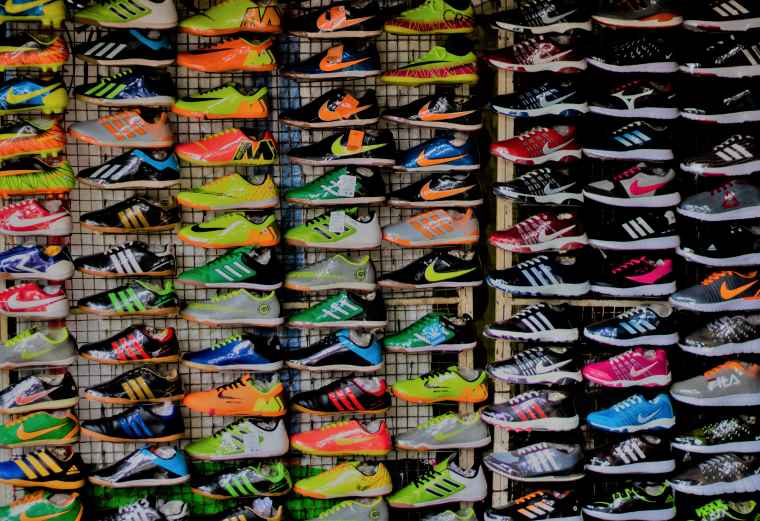 Sneakers date back as far as the 19th century and the industry has been growing ever since. In the early 20th century, the Converse All Star’s sports shoes for basketball were introduced and became a huge hit. But it wasn’t until Adidas and Nike that sneaker culture would become the industry we know it today. In this post we will chart how the sneaker game became a multibillion-dollar industry, starting with what sociologist Yuniya Kawamura calls the three waves of sneaker culture.

The three waves of sneaker culture

The first wave of this phenomenon happened in the 1970s as an underground culture, alongside the start of hip-hop. During this time, Adidas’ iconic Samba design became an important part of casual fashion among football fans. Adidas then became more deeply rooted in pop culture when hip-hop group Run-DMC released a song called My Adidas.

Sneaker culture’s second wave was a huge one, beginning with the launch of the Nike Air Jordans (AJ1) back in the 1980s. Because of Michael Jordan’s success and marketability, everyone wanted an Air Jordan. This started the commodification of sneakers and increased their desirability as status items because of celebrity endorsements. But aside from the basketball icon, another thing that made sneakers appealing to non-athletes was how the AJ1 was built with aesthetics and fashion in mind, not just functionality. Nike was releasing Air Jordans almost every year, with new colorways for old designs. The myriad of options meant that everyone could find something that appealed to them.

There is no exact year when the third wave began as it slowly took off when we entered the digital age. This included a rapid evolution and growth of sneaker marketing and resell culture. Now, seeing consumers go to extreme lengths to acquire limited releases is no longer particularly surprising. The global sneaker resale market is at $6 billion and is forecasted to reach $30 billion by 2030. Shoes like the Nike Air Yeezy 2 “Red October” that have a retail value of around $240 can resell for a whopping $6,118.

The rise of the sneaker culture

As mentioned above, sneakerheads have managed to thrive by moving into the digital space. And alongside online retailers, there are now online platforms dedicated to just sneakers. SoleSavy is one of the most exciting ones around, as it is a platform where members can exchange shoes, get the latest news, and get alerts on the release dates. Another organization keeping sneaker culture alive online is Sole Collector, an online publication that dives deep into sneaker culture. Their posts range from resale pricing to performance reviews.

Many sneaker podcasts are widely available as well. For one, the Complex Sneakers Podcast discusses different sneaker news and topics every week, alongside expert opinions. You can also tune into Step Into My Shoes Podcast, hosted by Barry Ancheta, aka VERSEONE, owner of Soleworks in California.

Where sneaker culture is headed

The sneaker community is still growing steadily. Fast Company reported that the global sneaker market revenue reached $79 billion in 2020 and is predicted to reach $120 billion by 2026.

Sneakers have been accepted into mainstream fashion, and they continue to be a clothing staple that dominates the market. Rather than just things that go on your feet, sneakers are now also a means of self-expression and even a hobby for many.

For more features on sneakers, fashion, culture, and more, check our other posts on Fiasco Plus.