Is Russia losing the war in Ukraine? 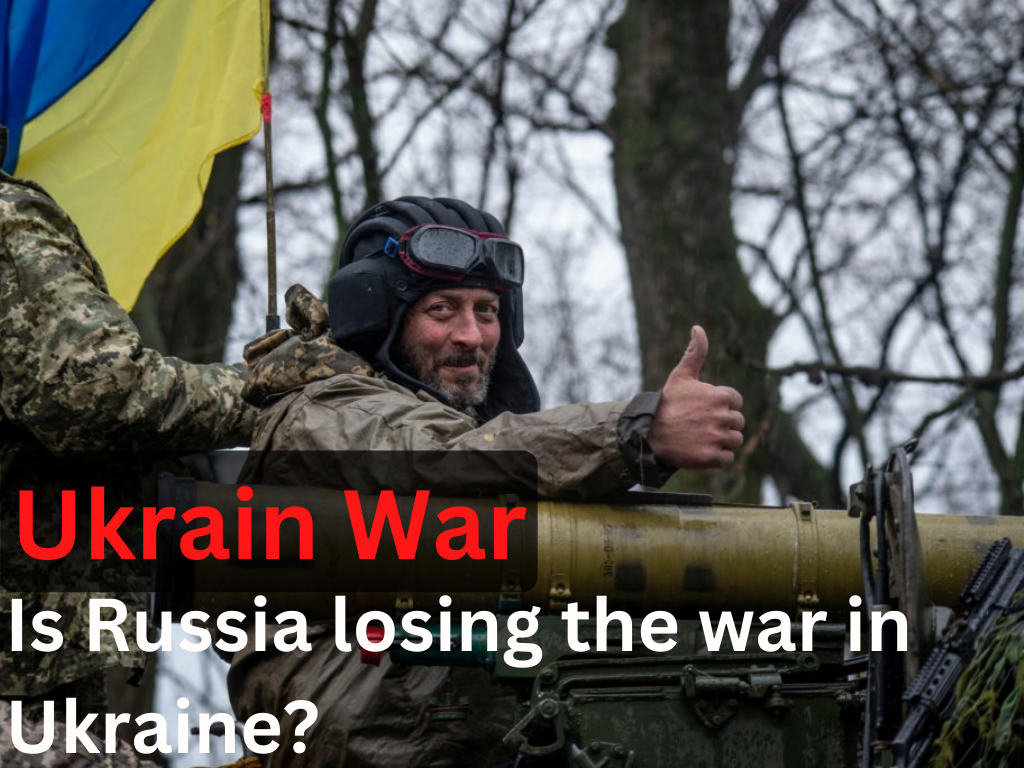 Is Russia losing the war in Ukraine: According to Ukraine, several regions, including Kharkiv, have been retaken. The Ukrainian military has begun to retake some of the territory it lost to Russia after nearly seven months of fighting. 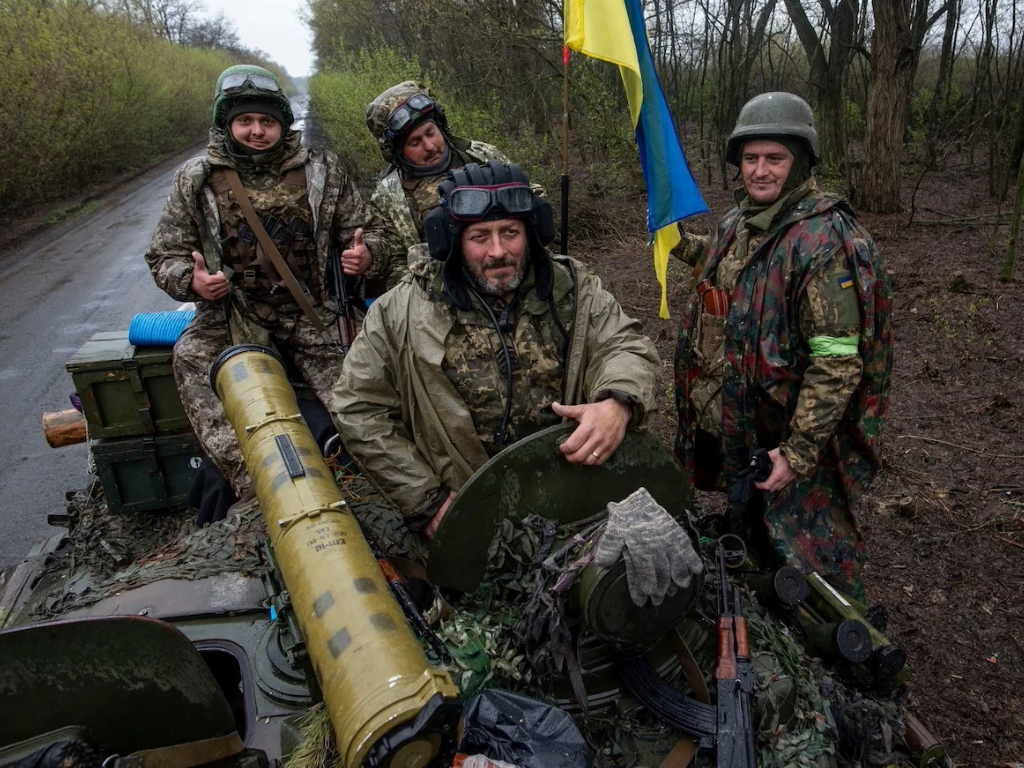 Over the past few days, its forces have continued to advance rapidly in several areas, including the northern Kharkiv region, forcing Moscow to withdraw its forces. 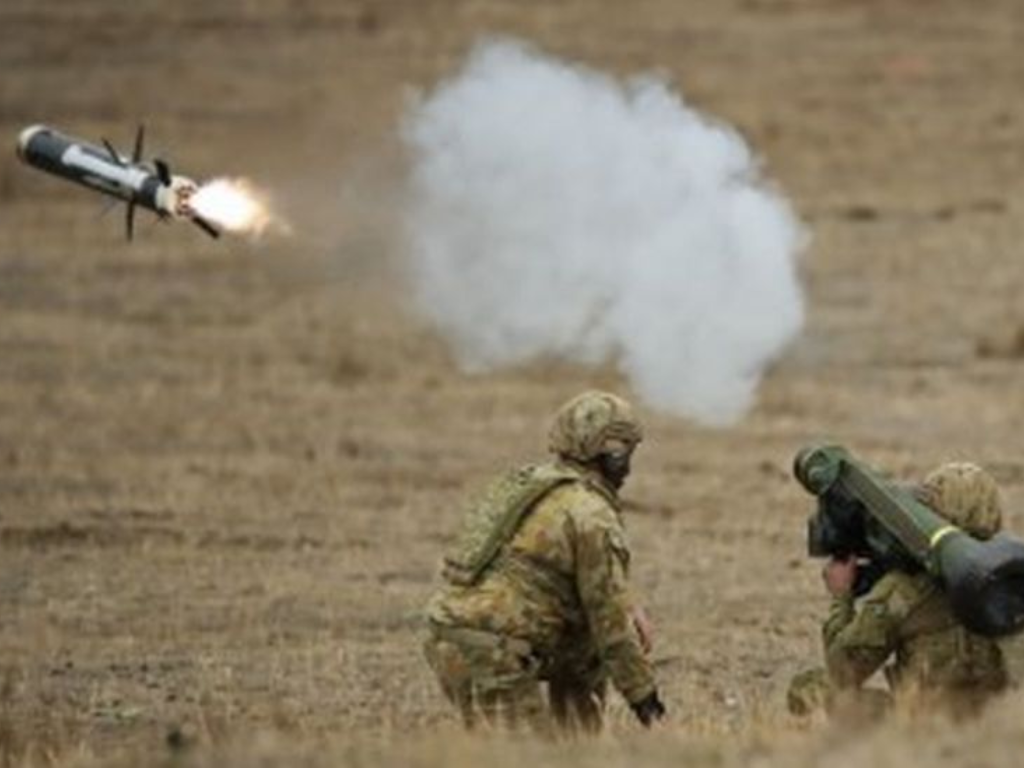 Russia’s invasion of Ukraine has unnerved Central Asia, North Korea continues to launch missiles, and Putin will turn 70 just in time for the announcement of the Nobel Peace Prize. Don’t expect him to bring home the bacon, though.

As it turns out, launching a full-scale invasion of a neighboring country on entirely false pretenses, botching the invasion, and then barely lifting a finger to resolve two other deadly military flare-ups nearby does little for your neighborhood’s reputation.

In Central Asia, Russian President Vladimir Putin is learning this lesson the hard way. However, the Kremlin appears to be losing ground in the one region it should be able to count on most, even as it tries to counter the West’s diplomatic isolation efforts.

In spite of their significant economic and political ties with Russia, all five Central Asian countries—Kazakhstan, Kyrgyzstan, Tajikistan, Turkmenistan, and Uzbekistan—have not sided with Russia in the dispute. In March and April, the U.N. passed two landmark resolutions condemning the invasion of Ukraine, demonstrating how unnerved the region was by Russia’s decision to enter a war with another post-Soviet country.

The old sheriff in town

The Russian gamble in Ukraine could also have contributed to a rapid decline in Russia’s influence over Eurasia in the long run, according to Janko Scepanovic, an expert on the region. “Russia’s poor performance in Ukraine and Ukraine’s recent successes in reclaiming lost lands cast doubt on its capabilities as a powerful military force or as a sheriff of Eurasia.”

In addition, there are other signs that Central Asian countries are less inclined to remain in Russia’s orbit, some more cautious and subtle than others. As a nation, Kazakhstan has steadfastly refused to recognize the pro-Russian puppet governments that govern the breakaway regions of Ukraine. Kazakh officials enraged Russian diplomats this week by refusing to expel Ukraine’s ambassador from their country.

When it comes to the snooty and buttoned-up world of international diplomacy, it is also necessary to pay attention to the petty and passive-aggressive aspects of it in order to discern patterns. As an example, take last month’s meeting of the Shanghai Cooperation Organization (SCO) in Samarkand, Uzbekistan.

On his arrival at the SCO summit, Mirziyoyev personally greeted Chinese President Xi Jinping, while sending only his second in command to greet Russian President Putin. In another vintage Kremlin power play, Putin, who is infamous for making his own VIP guests wait hours to meet him, was left waiting for meetings with the leaders of Turkey and Kyrgyzstan. It hurts.

“There is growing friction between the Kremlin, its proxies and local Central Asian elites,” Paul Stronski, an expert on the region, told the Moscow Times after the SCO conference. 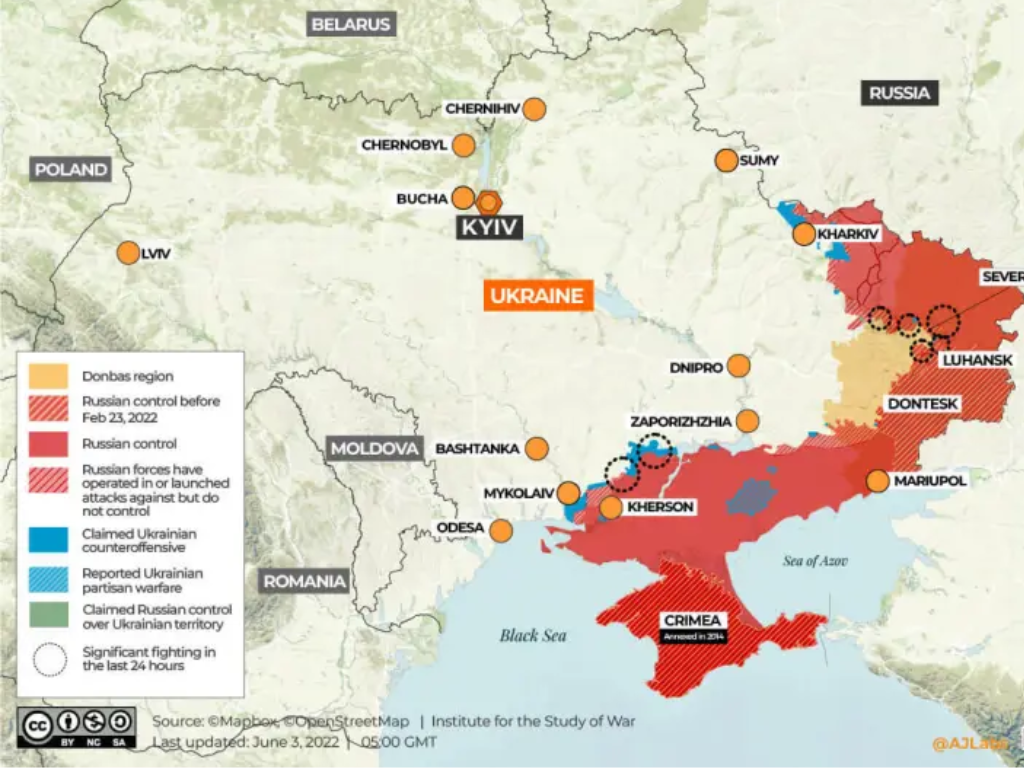 In late August, Uzbek President Shavkat Mirziyoyev sharply criticized Soviet-era repression of his country at a time when Moscow is attempting to whitewash Russia’s Stalinist past. Additionally, he appears to be strengthening ties with China at the same time.

Showing up is half the battle

There are three additional factors that undermine Russia’s role as a regional security power. There was no sign of Russian involvement in two recent and separate fatal military confrontations – violence between Armenia and Azerbaijan and border clashes between Kyrgyzstan and Tajikistan.

The United States has used the Collective Security Treaty Organization, a fictitious NATO-style organization that Russia nominally leads, to quell these conflicts and mediate disputes in the past. This time, however, it has not been the case. Currently, Moscow is too occupied with the quagmire in Ukraine to focus on its role as the neighborhood watch of the region.

The second reason is that all Central Asian countries are heavily dependent on Russia to maintain their anemic economies, through trade, seasonal labor, and remittances. As a result of Russia’s invasion of Ukraine, sweeping Western and international sanctions and export bans have squeezed the Russian economy and by extension those of Central Asian countries. 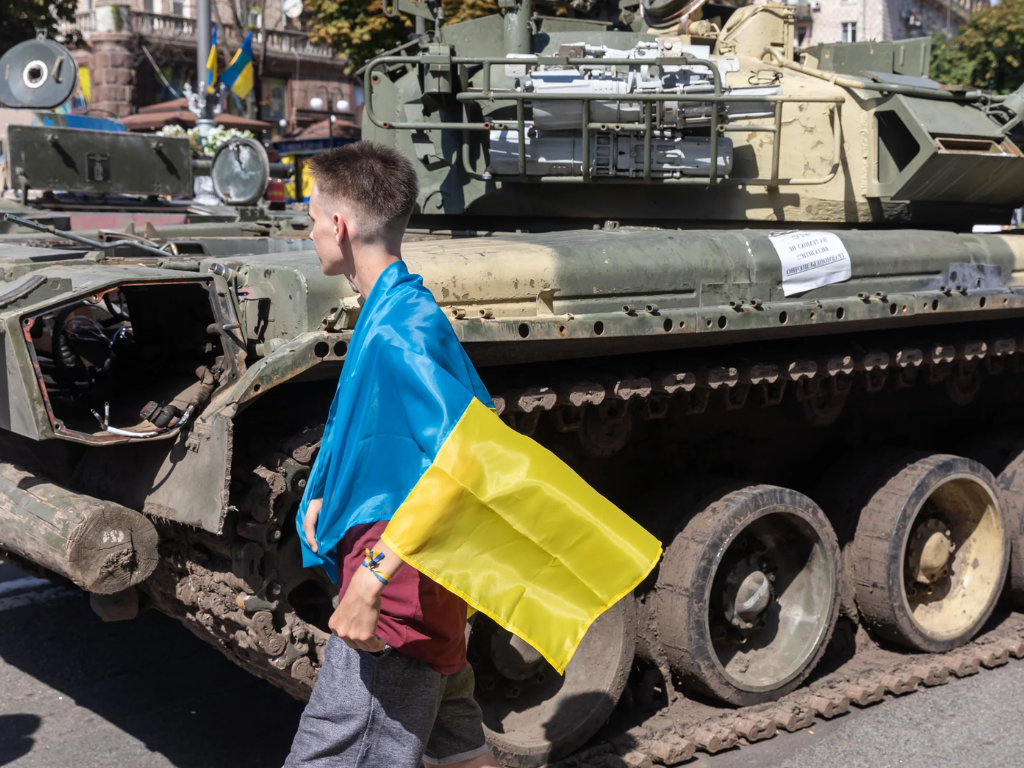 The Central Asian economies have shown some surprising resilience so far, but they are still affected by inflation and rising energy and food prices, which can be attributed to the Kremlin.

Due to its ambitious Belt and Road projects there, China is clearly the region’s economic powerhouse, while Russia, with a GDP around the size of Spain’s that is now sanctioned to the hilt, does not seem quite as attractive as it once did.

There is also Putin’s horrible, horrible, no good, very bad conscription campaign. In an effort to stem the losses in Ukraine, Russia has mobilized at least 300,000 conscripts, but tragically and unsurprisingly this has turned into a campaign to round up Russia’s ethnic minorities, including Central Asian migrants, and rush them to the Ukrainian frontlines as a mere means of defending themselves.

In 1916, tsarist troops massacred 270,000 Central Asians who revolted when they were being rounded up for military service in the Russian Empire. (This is reminiscent of the gruesome and oft-forgotten “Urkun” tragedy in World War I.) 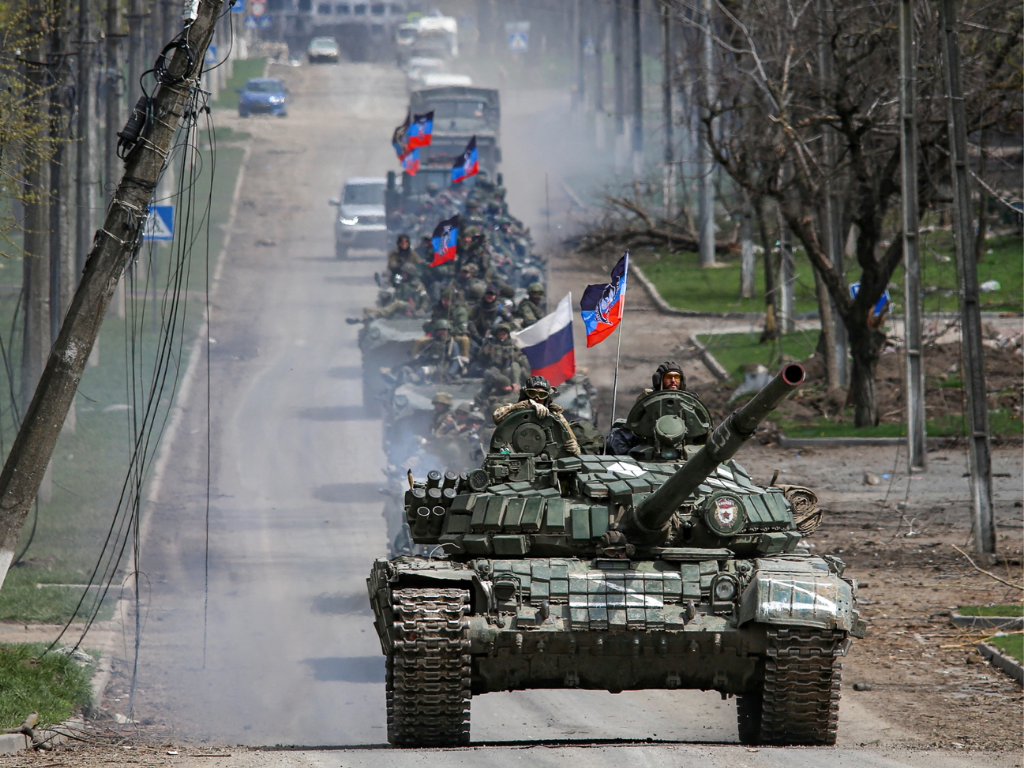 Additionally, the conscription campaign has resulted in a large exodus of Russian men, including tens of thousands to Georgia, Armenia, and Central Asian countries, which are now facing a new strain on their economic and political systems.

While Central Asia’s economic ties to Moscow will not disappear overnight, the region’s leaders are attempting to carefully remain neutral throughout the conflict, even as they send signals they are not particularly happy with it. However, it is evident that Moscow’s status as Central Asia’s leading player is beginning to erode.

Is Russia losing the war in Ukraine?ukraine war
2
Share FacebookTwitterReddItPinterestWhatsAppEmail