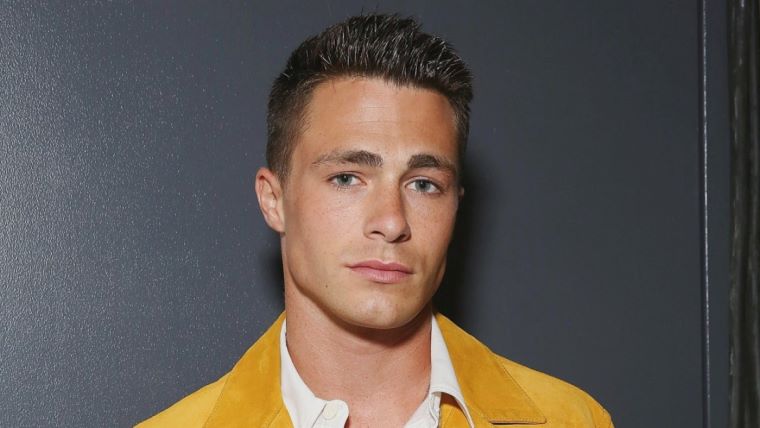 Colton Haynes is an American actor, singer and model and he announced in 2016 he is gay. Previously he married Jeff who was his longtime boyfriend as well as tied in a knot too, but at the end of 2018, they separated. He started his career as modelling and done amazing work in many famous campaigns. Let’s take a look of his life.

Colton Haynes was born on 13th July 1988 in Andale, Kansas. Hs born name is Colton Lee Haynes, and his parents are Dana Denise Mitchell and William Clayton Haynes. He raised along with his five siblings.

He was interested in playing sports and singing. He also won the Gatorade Player of the Years in Tennis in his junior year and nominated for Prom King in the upgrade.

Haynes most popular and earlier shoot was for Abercrombie & Fitch. He started modelling at a very young age and worked for many campaigns. Haynes also worked for multi0billion dollar fashion brand Ralph Lauren.

Furthermore, he made his appearance in the biggest magazine editorials in which Teen Vogue and Arena are included. In 2007 Colton Haynes performed ina science fiction film Transformers and small appearance in tv series CSI: Miami.

The same year Colton appeared in the music video name “ I Don’t Love You”, My Chemical Romance. He also auditioned for the Twilight that was bagged by Robert Pattison. Moreover, the talented Haynes played the guest role in tv series Privileged, in 2009 a film Always and Forever.

Colton Haynes performed the amazing role in ABC tv series Th Gates and worked with other characters for eleven episodes. In 2011, he appeared in a short film Yearbook and another short film Charlie Brown: Blockhead’s Revenge.

Also, the major role of Haynes is in the MTV series Teen Wolf, in The Nine Lives of Chloe King as a guest star. Besides, he signed the role for a tv series Arrow in 2013. Haynes made many music videos in which Leona Lewis’s Trouble and in Victoria Justice’s ‘Gold’ and Andy Grammer’s music video ‘Honey, I’m Good’ are included.

In this same year, he explored some talent for singing and made snippets of covers of many famous songs. His cover  ‘19 You+Me’ went viral in November, and he released a single titled ‘Baby It’s Christmas.

Colton Haynes struggled with anxiety when he faces speculations of his sexual orientation.   Well after that in 2016 he came out from the box and revealed in an interview he is Gay.

Many rumours were out regarding Colton Haynes, and according to these rumours he dates with Gage Golightly, Electra Avellan, Zachary Quinto in 2009, Aj Michalka in 2012, WillaHolland in 2013, Annasophia Robb in 2013. However, he announced in February 2017 he has been dating with Jeff Leatharn and now going to engaged.

Jeff Leatham and Haynes engaged on 11th March 2017. After that, they got married on 27th October 2017; however, just after six months, Colton applied for divorce and at the end of 2018, the couple separated. Nowadays, Colton has an affair with Ally Maki, and they also share their pictures on social media.

Net Worth of Colton Haynes

The estimated net worth of Colton Haynes is $4million USD approximately.