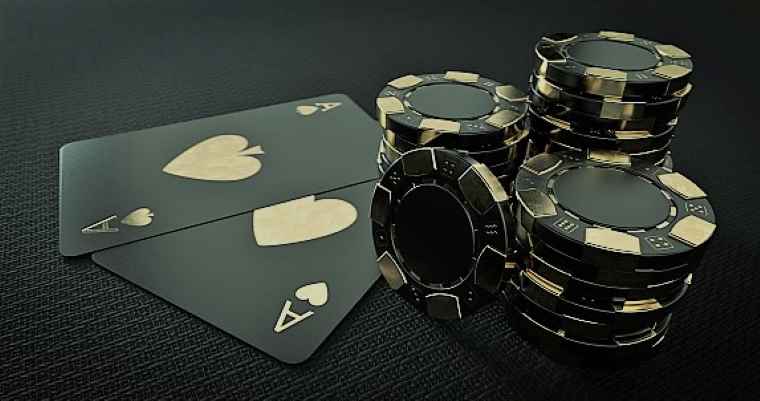 The idea of digital poker tends to call to mind live online games with real financial stakes. Aside from these kinds of games though, we’ve also seen a number of more conventional poker video games over the years. Many of them are fairly limited and unimaginative, which may be one reason a lot of players ultimately do gravitate toward online poker sites. A lot of very good poker video games have been released over the years also though, and we thought it would be fun to write about some of the best of the bunch.

Fully titled Stacked With Daniel Negreanu, this is actually an older game, first released in 2006. It was designed for PC play and came out at the height of the pro poker craze in the United States. And it ultimately delivered what is arguably still the best poker career simulation we’ve seen. Stacked basically enabled players to play through pro circuits, learning tips and gambling fake money as they went — all in an attractive and convincing but not over-the-top environment. Where it really excelled though was in the gameplay. As a review by Gamespot put it, “it plays things much smarter than your average poker title.”

Zynga Poker is an interesting option that more or less simulates the real-money online poker experience. As an article on Poker.org states, it’s one of a few apps that offers an online game at “play money stakes.” Zynga Poker in other words allows you to play real online opponents through an app, with all of the betting elements of traditional poker in play, but with fake money rather than actual deposits. That, plus an interface and general quality that sets it apart from the other apps that offer similar experiences, makes it another of our favorite poker video games.

One of a handful of strong poker games that available on Steam, Poker Championship is almost like a modern-day Stacked played out with real competitors rather than AI. It’s a large online poker game with tons of table and tournament options (including 500-player mega tournaments!). You simply sign up to play, set up a profile, start playing with free chips, and attempt to rack up achievements. It’s a play-money game, but players’ statistics are kept for purposes of regular rankings, which does add a genuine sense of multiplayer competition to it all.

This is not a true poker game, but it’s still one of our favorite experiences in the genre (or relating to it). Politaire is a mobile app that combines the popular solo game of solitaire with poker themes. Basically, you’re dealt five cards, with three visible cards on deck. You then choose cards from your own hand to get rid of, to be replaced in order by the cards on deck — all with the goal of piecing together scoring poker hands. This continues until the deck is used up, and you accumulate points for all of the pairs, straights, flushes, etc. you’re able to select. It’s actually a great poker-adjacent brain game once you get the hang of it — as well as a very attractive, well-designed app.

While it is of course not a full poker game, the poker in Red Dead Online is one of the most casually enjoyable video game poker experiences we can think of. For those who aren’t aware, Red Dead Redemption 2’s online component has a sort of scattered Texas Hold’Em circuit allowing players to play the most popular variety of poker at a number of in-game locations. The poker is handled nicely, and the fact that you can make or lose money for your in-game player adds some feeling of stakes. We also like that this game hopefully speaks to more to come! Rockstar (the company behind Red Dead) has excelled with poker in Grand Theft Auto games as well, and with GTA VI in development, we’re hoping there’s an even more impressive in-game poker circuit to come.