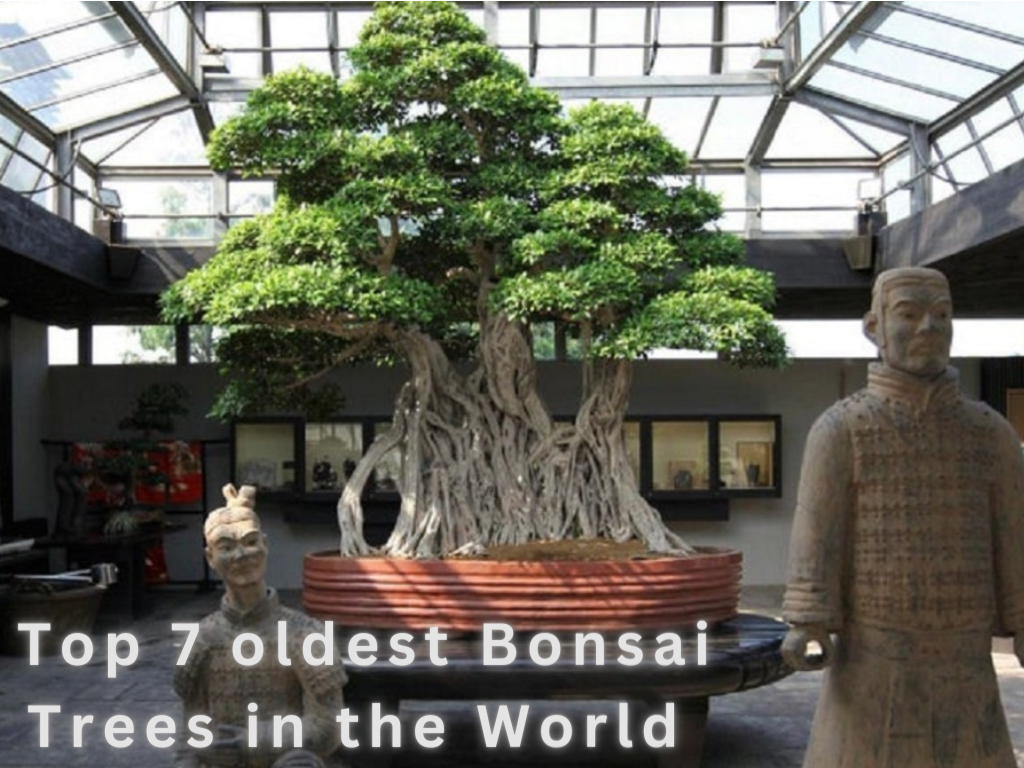 Are you aware of this? It is believed that the oldest bonsai tree in the world is over 800 years old! 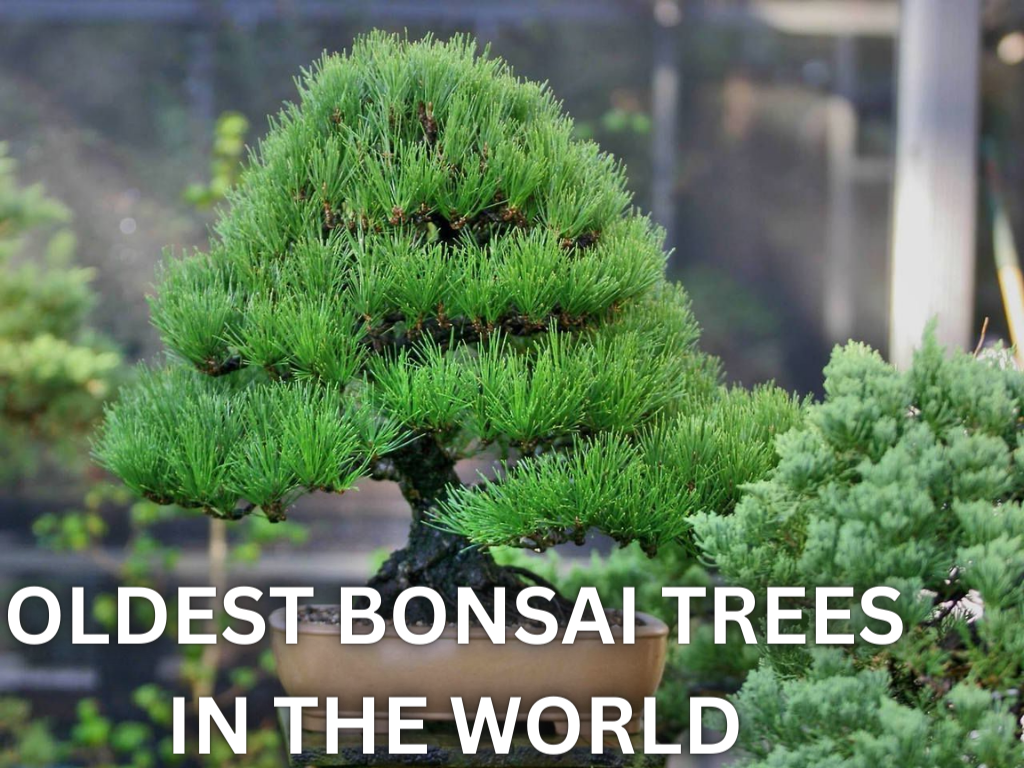 Throughout this article you will learn about the world’s oldest bonsai tree. Here is a brief description of each, along with the intriguing story that surrounds it.

Don’t you want to know what the name of a bonsai tree that is over a thousand years old is?

In order to maintain an old bonsai tree, more care must be taken. Their delicate nature makes them difficult to handle. Bonsai of the oldest species can die as a result of the slightest neglect. The reason older bonsai are valuable and difficult to locate is because they are priceless. Because older Bonsai are considered heirlooms or are displayed in museums due to their rarity.

How long does a bonsai tree live?

There is evidence that bonsai trees live for a longer period of time. It is important to note that a bonsai tree lives until we take care of it. A bonsai tree grows in a condition that is quite different from that of other trees. In order to grow bonsai trees, an environment that is suitable for them must be created and controlled. 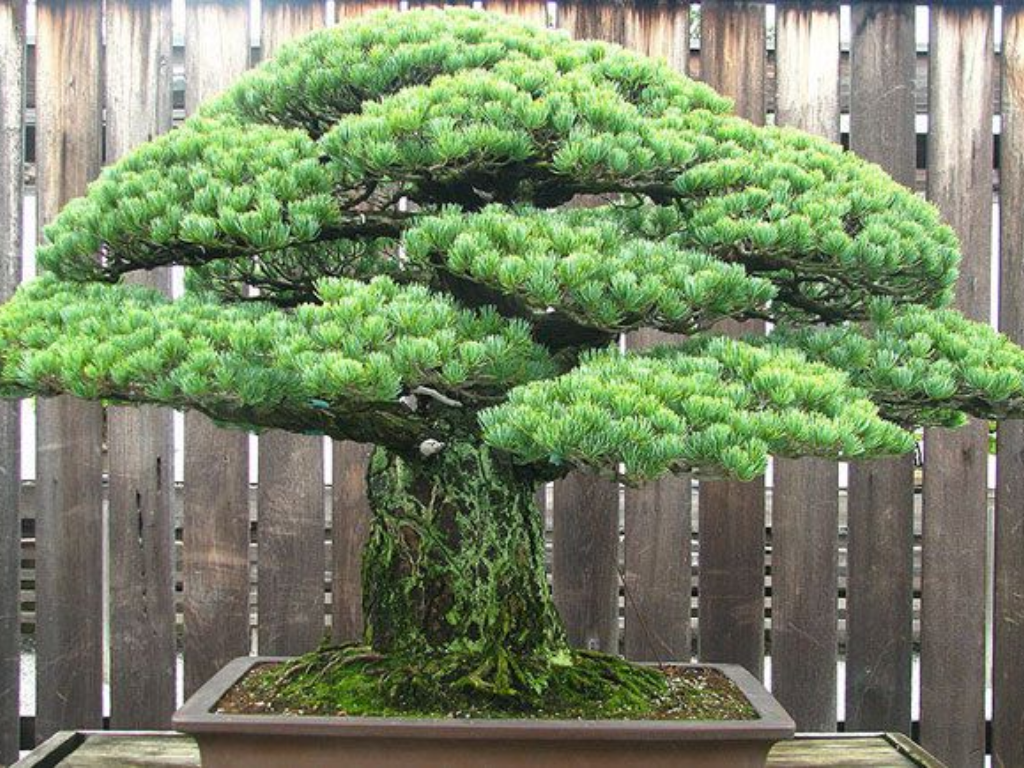 The environment in which a bonsai tree is planted must provide the tree with sufficient sunlight, soil mixture, water, nutrients, etc. Providing the Bonsai tree remains in good condition, it will continue to live. Bonsai trees have a lifespan exceeding one hundred years. It is possible for it to live a thousand years or more if it is handled carefully.

The factors that affect the lifespan of bonsai include:

Oldest Bonsai Tree in the World

Here is a list of bonsai trees that have survived over a long period of time, some of which are still alive today. There is an exciting story behind each of them. As an example, one survived the most devastating disaster in history. The value of some bonsai trees has risen to millions of dollars, while others are over 800 years old. 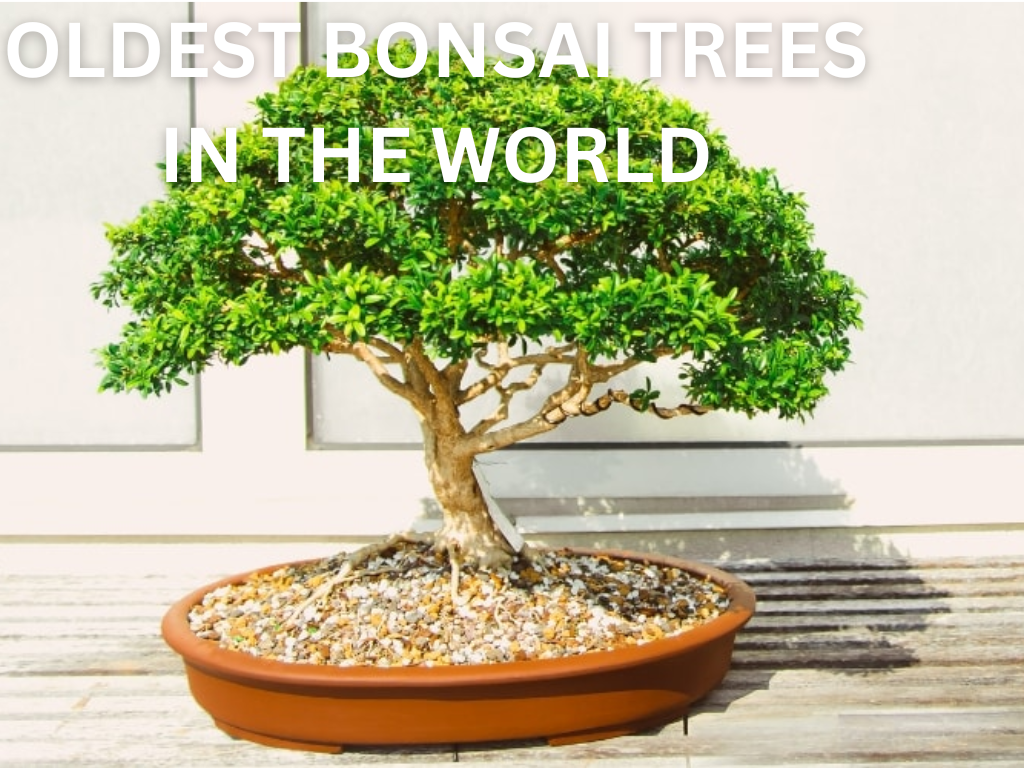 The following topics should be discussed in more detail: 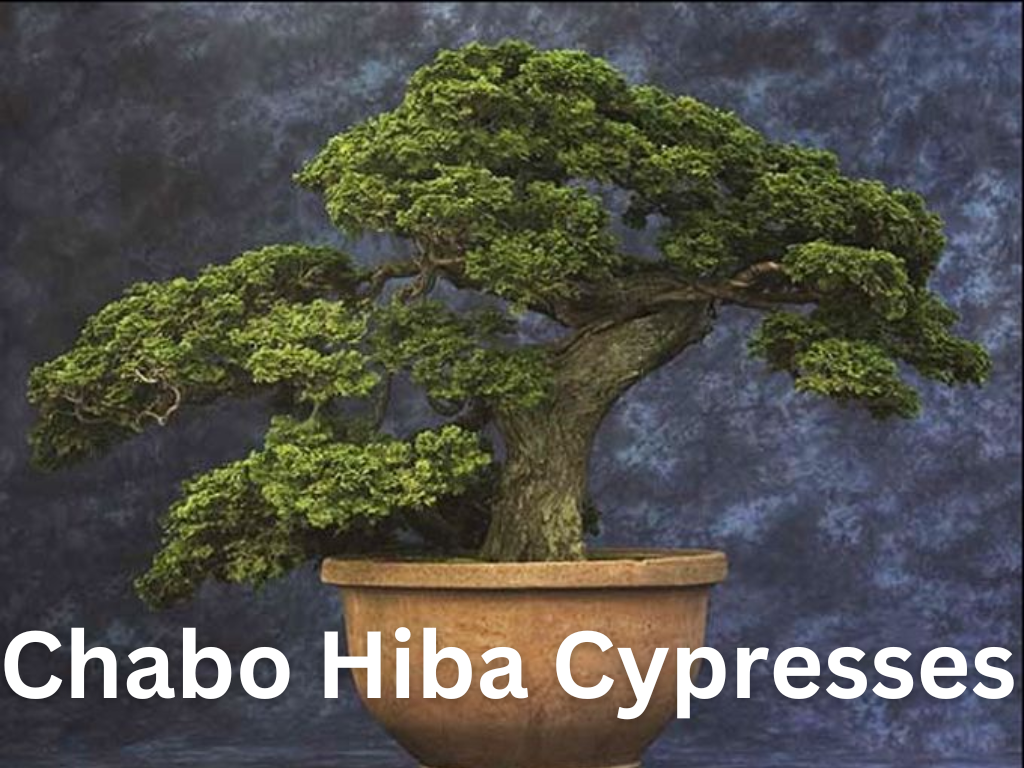 The Chabo Hiba Cypress is also known as the Hinoki Cypress. There has been no tree species of this plant for so many years that it is thought to be extinct. There are usually two shapes associated with this species. The first one is “Nakasu.”

The mountain mimics Mount Fuji in appearance. Another example is “Jikka.” It is similar to the lakeside with hanging branches. The rare bonsai trees were collected and maintained by Larz Anderson during the administration of William Howard Taft (27th President of the United States).

The collection of bonsai plants brought by Larz from Japan to the United States in 1913 was extensive. Larz’s widow, Isabel Weld Perkins, made a substantial donation to the Arnold Arboretum after his death. In the wake of his wife’s death, the remainder of the Larz collection was given to Arnold Arboretum. 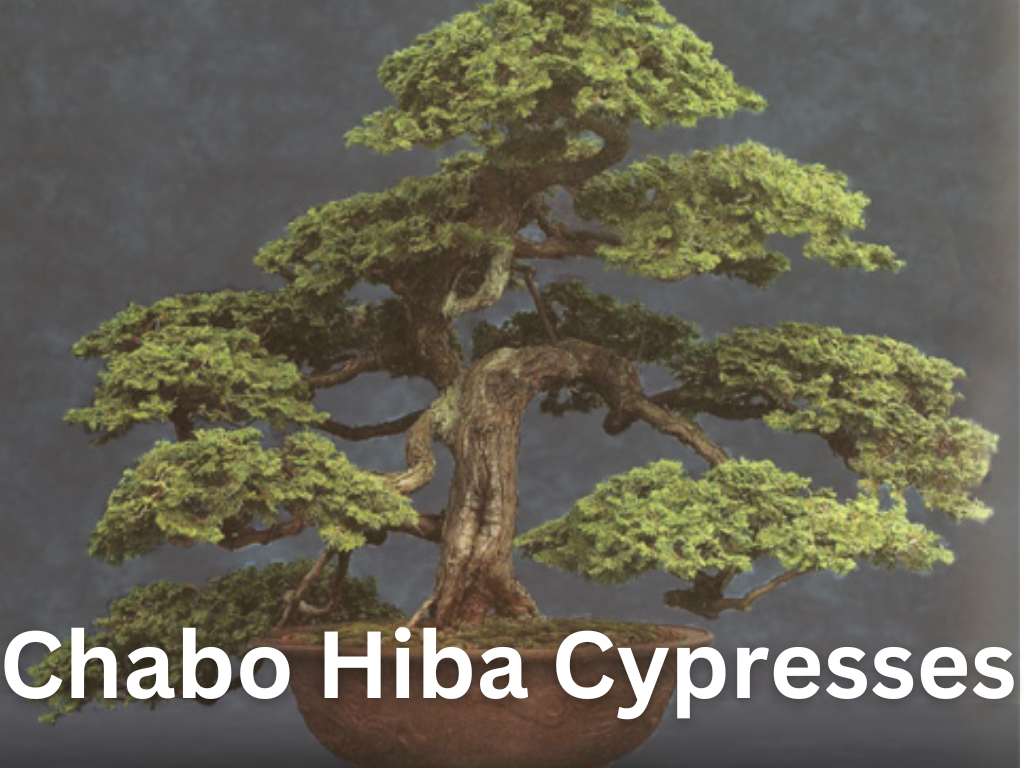 A Japanese garden was built by the Anderson family in 1889. Horticulture was an interest shared by both Larz and Isabel. In his first visit to Japan, Larz brought two dwarf maple plants. In those days, he had no knowledge of Bonsai or how it should be cared for. In order to take proper care of his plants, Anderson hired a Japanese gardener with extensive experience. In the eyes of his gardeners, Rainosuke Awano was one of the most popular. In his capacity as a curator, he maintained Anderson’s entire collection.

In recent years, the garden has been renamed “Larz Anderson Park.” Their collection is also referred to as Japanese dwarf trees. There are 150-275 years of history in the collection of Larz Anderson. There are still displays of these works in New England. In the present, Arnold Arboretum’s expert staff takes the utmost care to maintain the tree. Additionally, you will be able to see a collection of Larz six chabo Hiba plants, which are 150-275 years old and are native to New England. 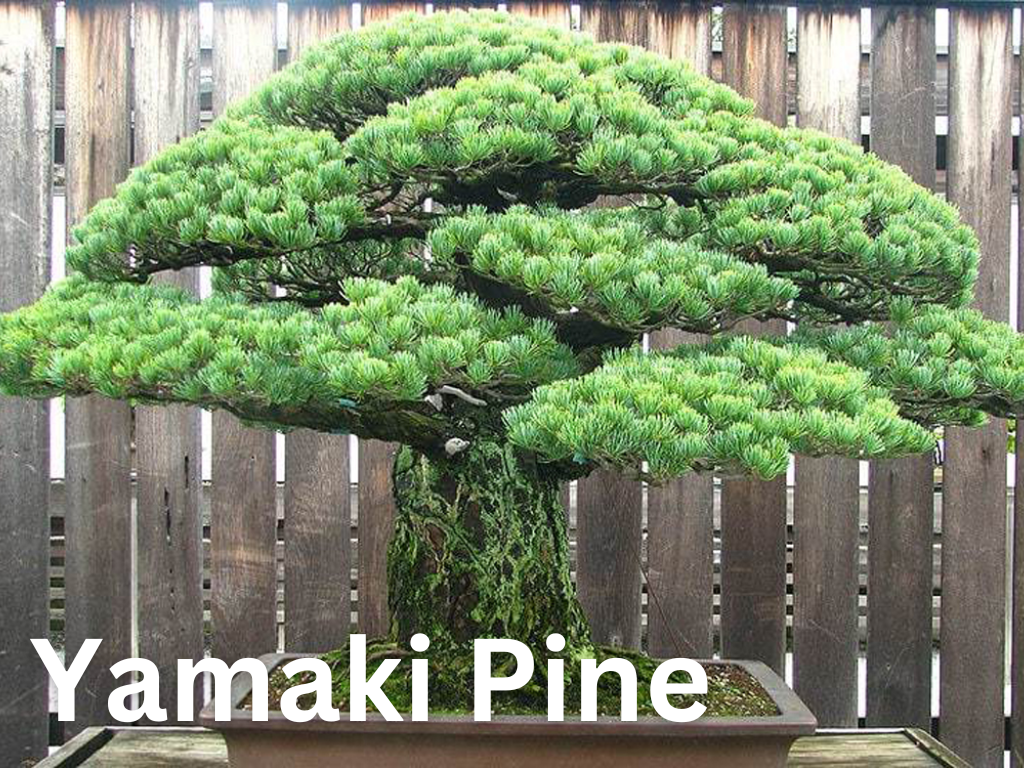 A remarkable characteristic of Yamaki Pine trees is that they have survived many natural disasters. In addition to the Hiroshima bombing, which occurred during the Second World War. There were more than 100,000 Japanese casualties as a result of the atomic bomb. There was a white pine planted just a mile from the point where the bomb was dropped by the United States. Even though an atomic bomb destroyed much of the Plant, it survived.

The history of the Plant was unknown to Americans at first. Yamaki grandchildren visited the museum in 2001 and told stories about the plant’s history. In addition, they provided a description of the news footage captured after the explosion. 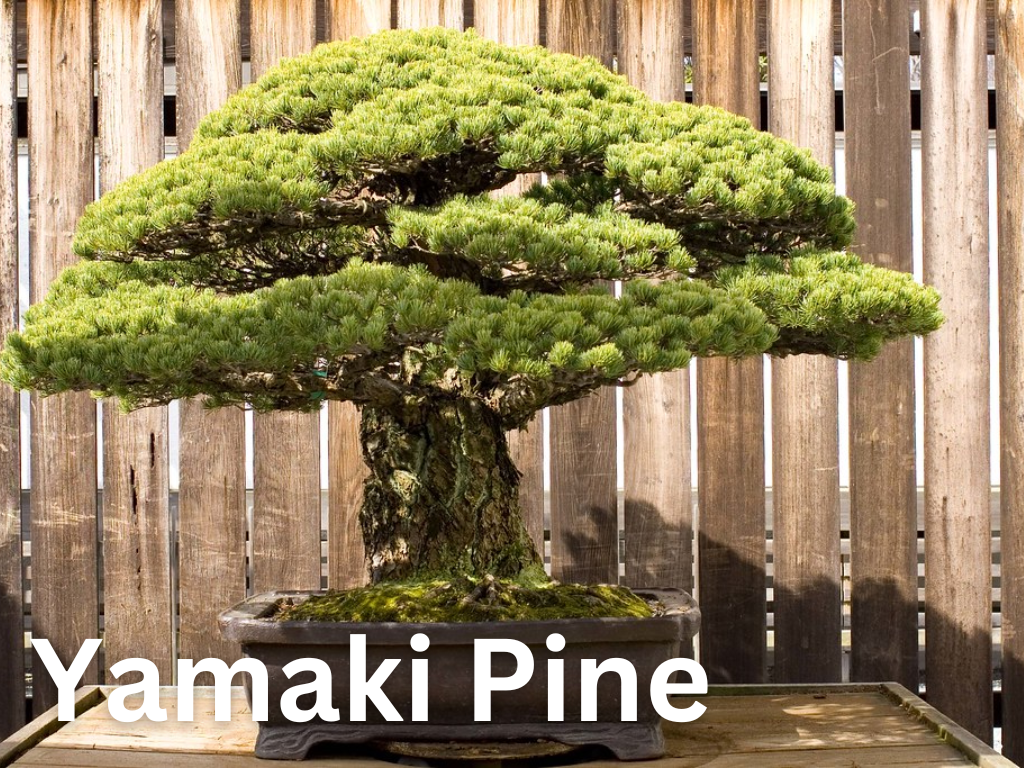 There were four generations of the Yamaki family who had kept this plant unharmed. In 1976, Masaru Yamaki donated this item to the National Bonsai and Penjing Museum in Washington, D.C. Masaru donated 53 specimens to commemorate the bicentennial (200th anniversary) of the country. During the past 400 years, this nearly 400 year old plant has served as a symbol of peace and friendship.

This tree is currently housed in the Arboretum of the U.S., illustrating the cultural connection between Japan and the United States. As a guest of honor at the 70th anniversary of the Hiroshima bombing, Yamaki Pine was in attendance. Additionally, White Pine displays the dedication of three generations of the Yamaki family. 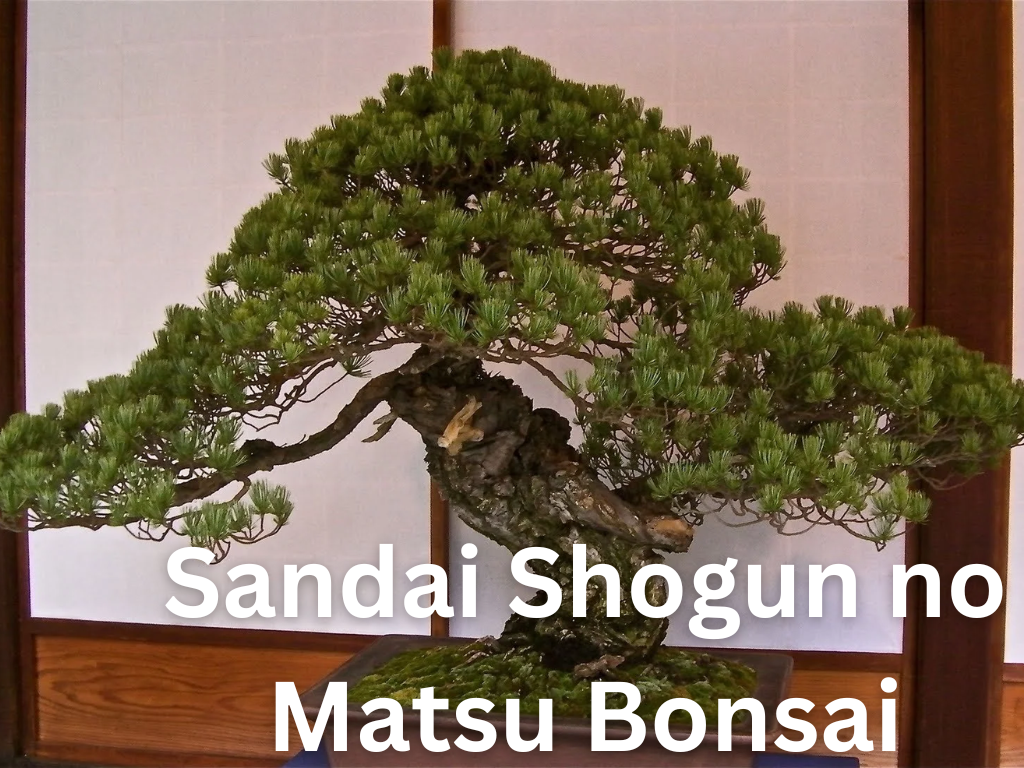 A third generation Tokugawa’s pine is known as Sandai Shogun no Mastu. This plant is considered to be a national treasure of Japan. A five-needle pine can be identified by its five needles. ‘Tokugawa Lemitsu’ is the name given to the plant in honor of the Shogun.

During Lemitsu’s time with the Plant, it was 200 years old. Throughout its life, Lemitsu was devoted to horticulture. In fact, it neglected its duties as a shogunate (Hereditary Military Dictatorship) because he was so obsessed with his goal. 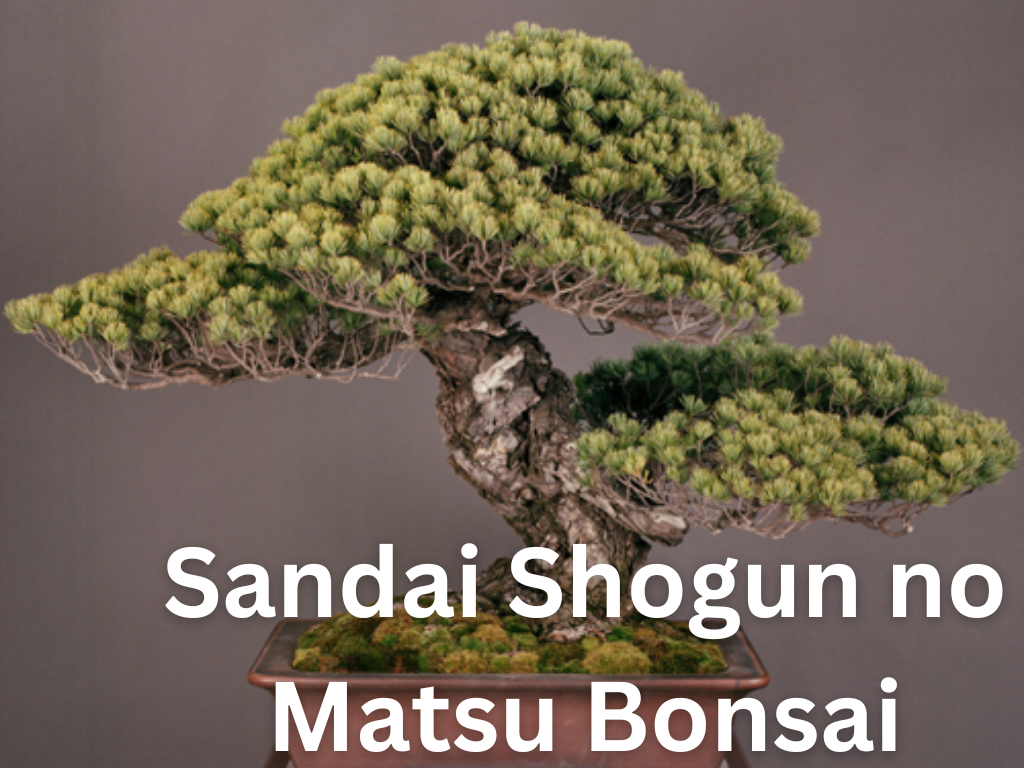 In addition, the specimen of this plant is believed to have been passed through the line of Japanese emperors for 500 years. Unfortunately, Sandai Shogun is not in good health at present. This is due to its damage during World War II and its neglect in terms of maintenance. However, it is believed that with proper care, he can be restored to health within a few years 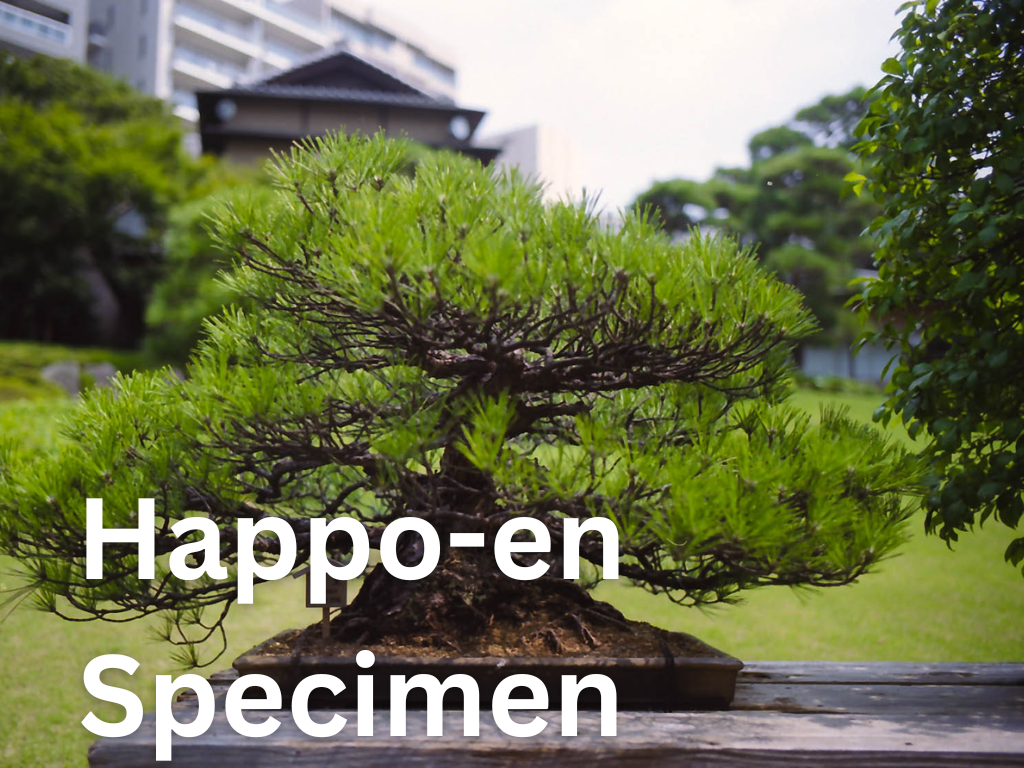 Happo-en is a Japanese term that means “a garden with beauty from every angle.” Happo is home to a wide variety of bonsai species that are nearly 200 years old. Among the oldest gardens in the world is Happo. In addition to the old bonsai plants, the garden also has Chinese Juniper and Yezo spruce bonsai.

Located in the city of Meguro, Happo-en is one of the most popular wedding venues. Immediately outside the entrance, you will find a collection of bonsai trees that are approximately 100 to 500 years old. According to researchers, the oldest species of the species may have existed for more than eight centuries. 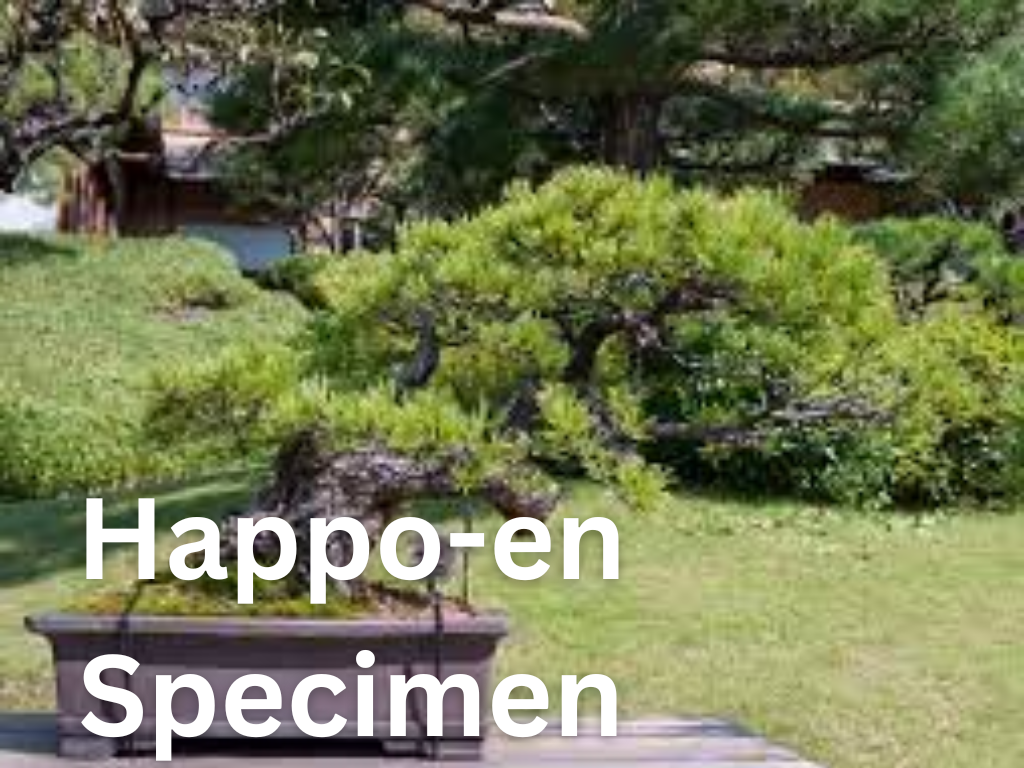 One of the most notable trees in the garden is the Kurumatso Bonsai tree, which is 225 years old. The smallest fruit of the kaki (Japanese Fruit) can be found here. Happo-en has become a popular location for photoshoots as a result of its collection of Bonsai. Photographs of women wearing kimonos in the garden are popular among young women in Japan.

A traditional tea house is also located in Happi-en, where Japanese people can participate in tea ceremonies.

The Red Pine Bonsai in Akao Herb and Rose Garden 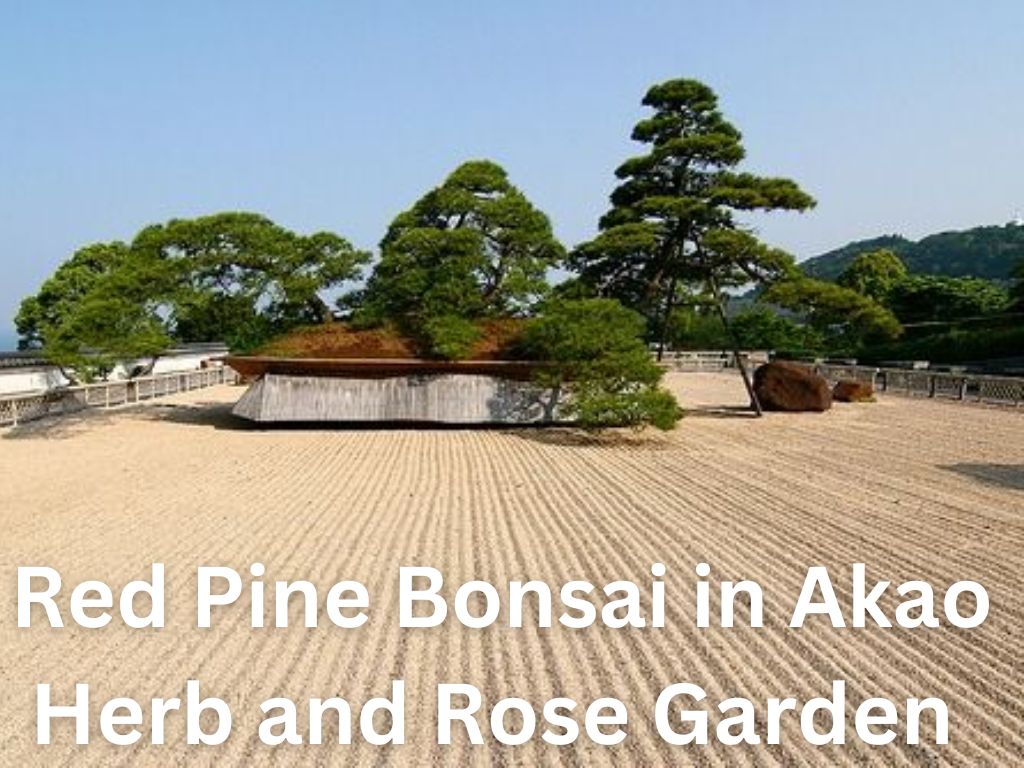 A large number of themed gardens, exotic plants, a collection of roses, a herb garden, a rose valley, as well as bonsai plants may be found in the Akao Herb and Rose Garden. There are 660 thousand square meters of flowering gardens in this garden. One of the oldest and largest bonsai trees in the garden is a Red Pine. With a height of sixteen feet and a width of thirty feet, it is quite large.

It is important to note that despite the fact that the Red Pine Size tree is an atypical bonsai tree, it still qualifies as a bonsai because it is planted in a pot. 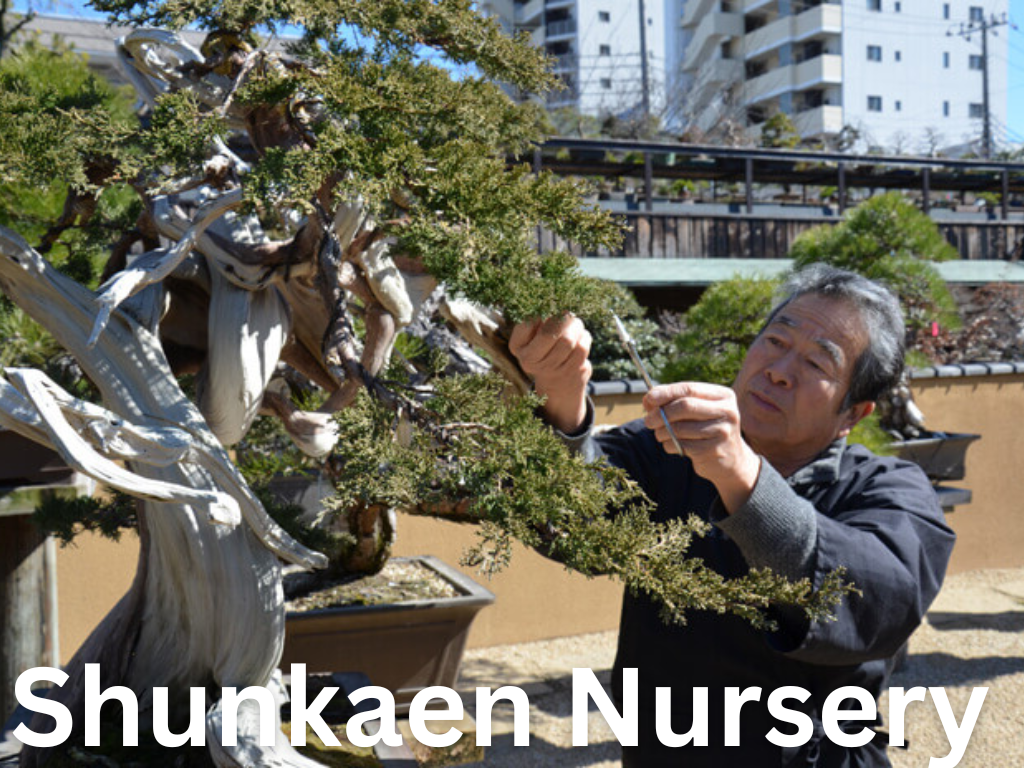 Owner and operator of Shunkaen Nursery is Kunio Kobayashi. In the Nursery, you will find two old bonsai plants. As part of Kobayashi’s efforts to spread Japanese culture, the Nursery was established in 2002. Additionally, he intends to display his expertise in Bonsai. Over the course of 30 years, he has developed a mastery of this skill. A collection of Kobayashi’s art and an apprentice’s work can be found at Shunkaen nursery. Throughout his career, he has assisted more than 200 individuals in displaying their bonsai art. 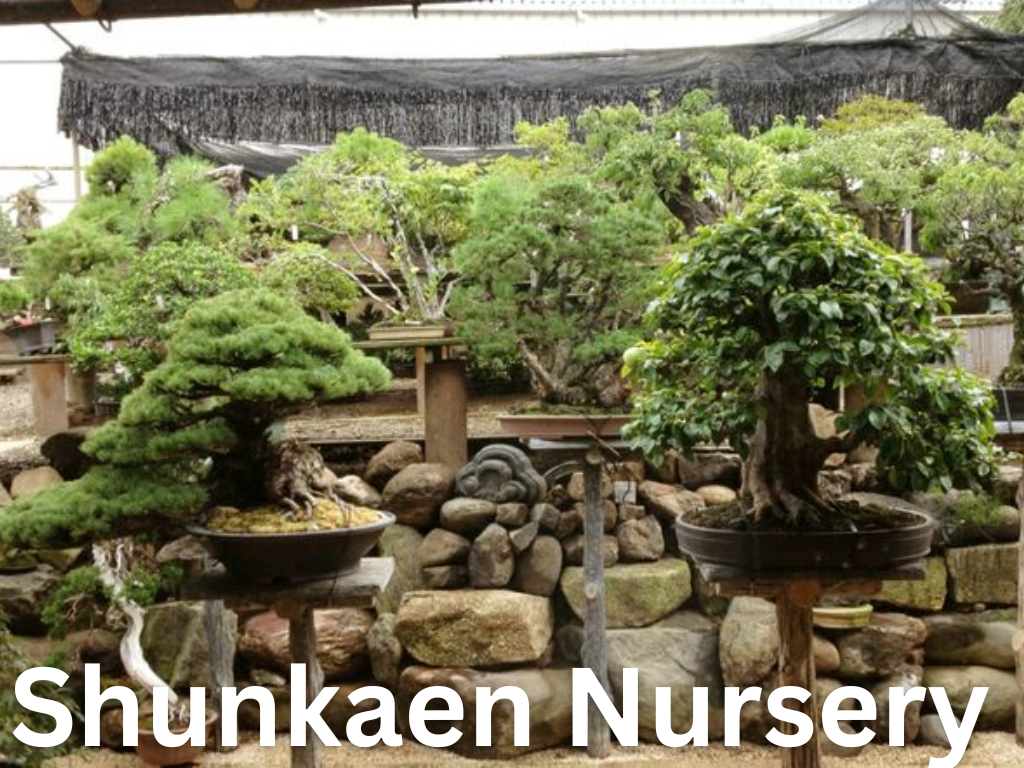 Because of its age and the fact that Kobayashi is an award-winning artist, this plant is currently one of the most expensive bonsai plants in the world. It is with great honor that Kobayashi has been awarded the prestigious Prime Minister’s Award. Moreover, it has been repeated four times. In addition, he has received awards from the Japan Bonsai Association and Japan Full Bloom Association. 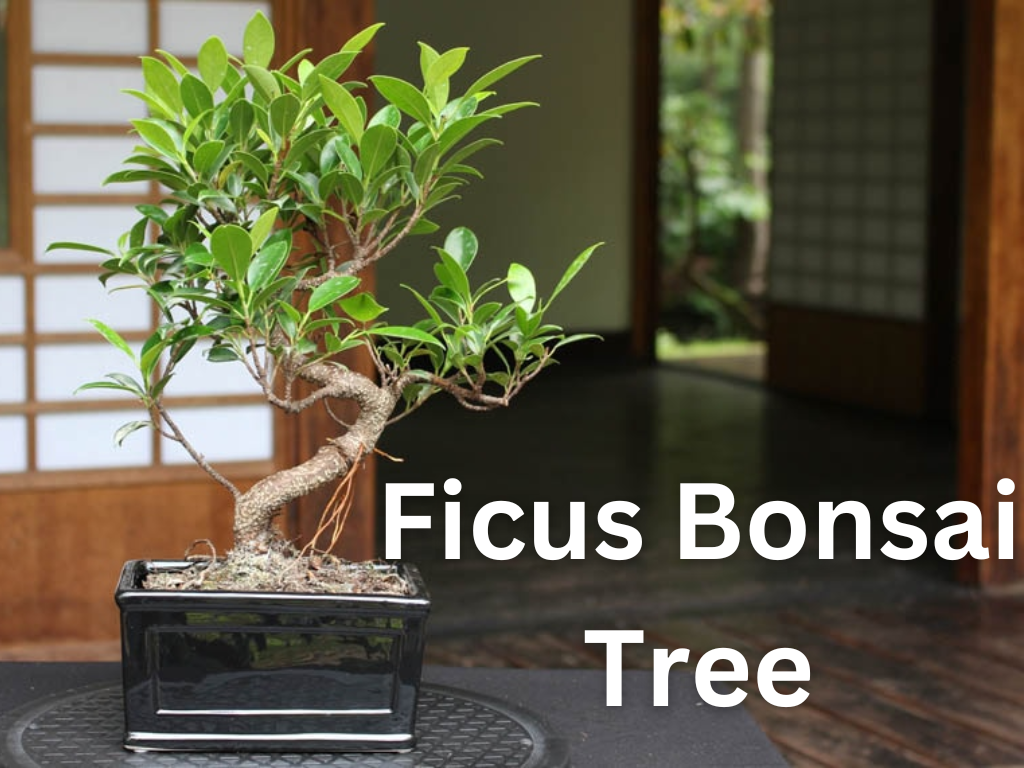 In the world, the Ficus Bonsai tree is believed to be the oldest bonsai tree. There is an Italian bonsai museum called Crespi Bonsai museum that houses it. After ten years of study, Luigi Crespi acquired the Ficus bonsai plant for the museum. As a result, he succeeded in acquiring ownership in 1986.

The Crespi museum is home to a collection of Ficus bonsai, which has been on display since 1991. Following Shotaro Kawahara’s shaping during the first years, Crespi and Alberto Lavazza were responsible for the tree’s care. 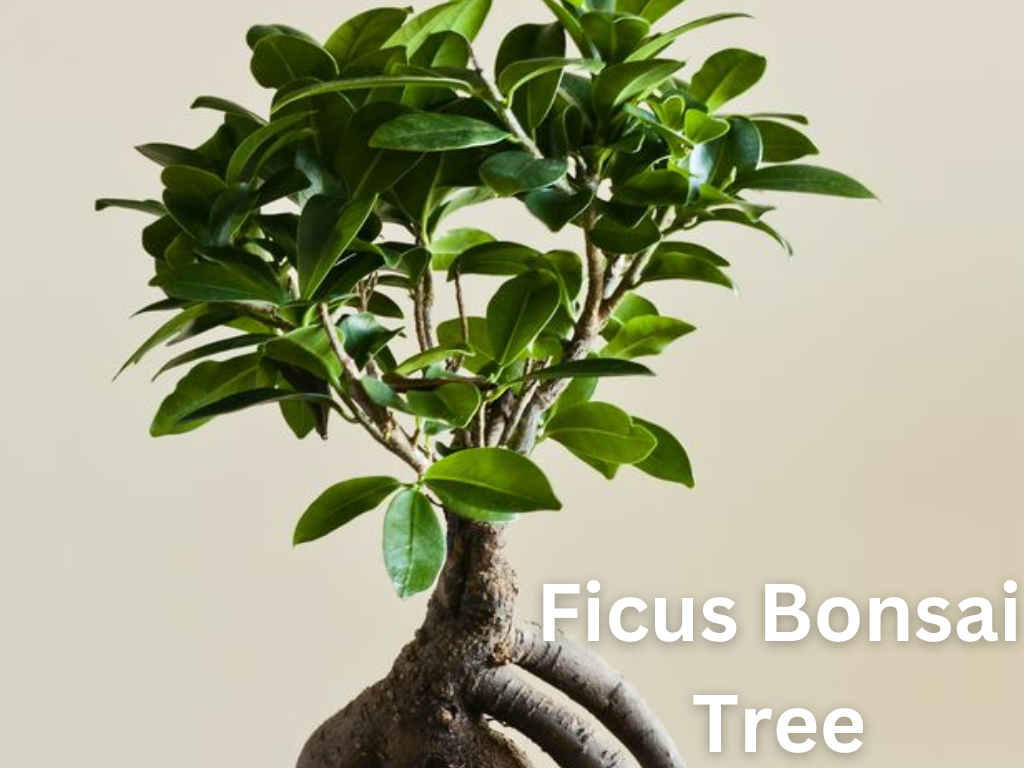 Ten feet tall and with dense aerial roots, the Ficus Bonsai Tree is a 1000-year-old specimen. One of the most interesting things about this tree is that it was planted in the largest pot in the world. All parts of the pot were made and fired together.

In the museum you’ll also find 200 other bonsai plants that are impressive. There is no doubt that the Ficus bonsai plant is the center of attention for every visitor to the museum.