What is The Reason: why Does China Want Taiwan 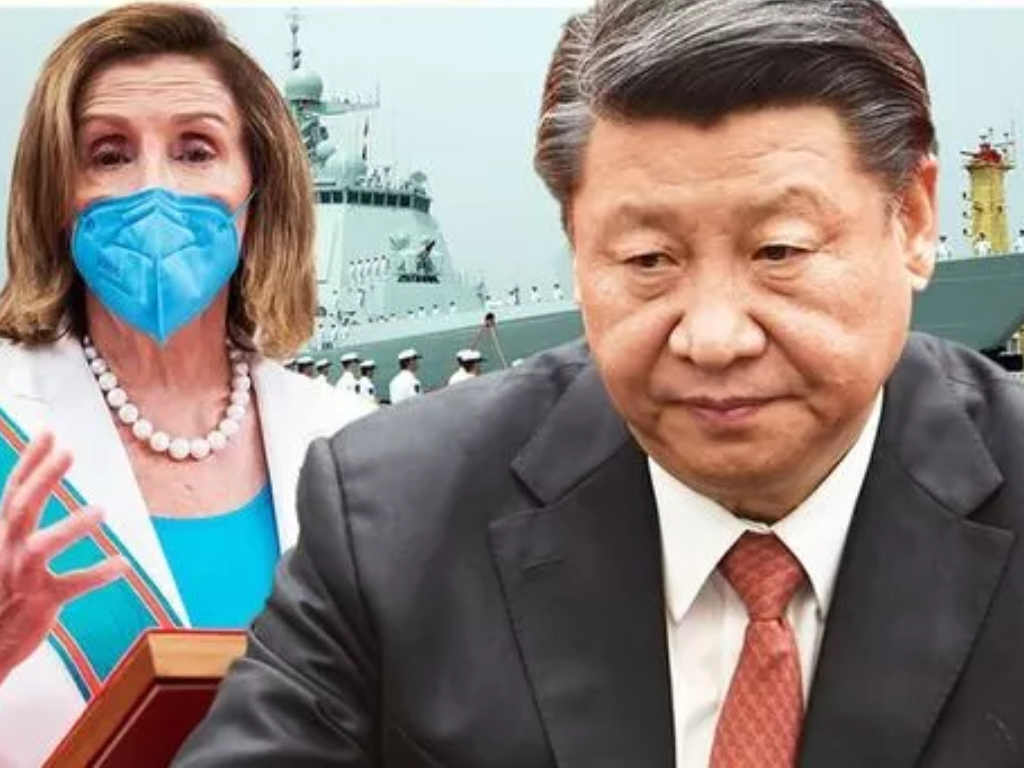 Why does China want Taiwan: As part of its largest military show ever, China has fired ballistic missiles over Taiwan in the air and on the sea. Military exercises were conducted after Nancy Pelosi, the Speaker of the US House of Representatives, visited the island. 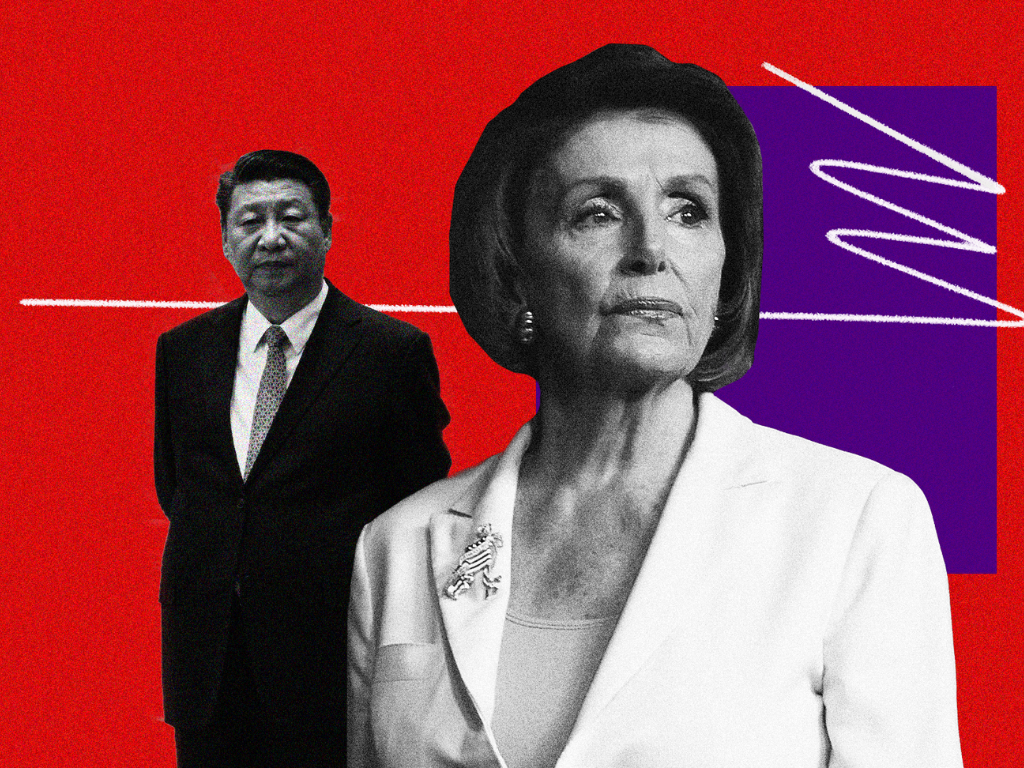 Taiwan is considered by China to be a breakaway province that will eventually be governed by Beijing. According to President Xi Jinping, Taiwan’s “reunification” must be achieved – and he has not ruled out the use of force in order to achieve this goal.

Also Read: EXPLAINER: What are US military options to help Ukraine?

Although Taiwan views itself as a separate entity from the Chinese mainland, with its own constitution and democratically elected government.

The history of Taiwan

Taiwan is officially known as the Republic of China (ROC), which was founded in 1911 after the collapse of China’s last imperial dynasty. Until 1949, the Nationalist Party, or Kuomintang, ruled China. In a bloody civil war, the Nationalist Party was defeated and fled to Taiwan, an island off the coast of mainland China. 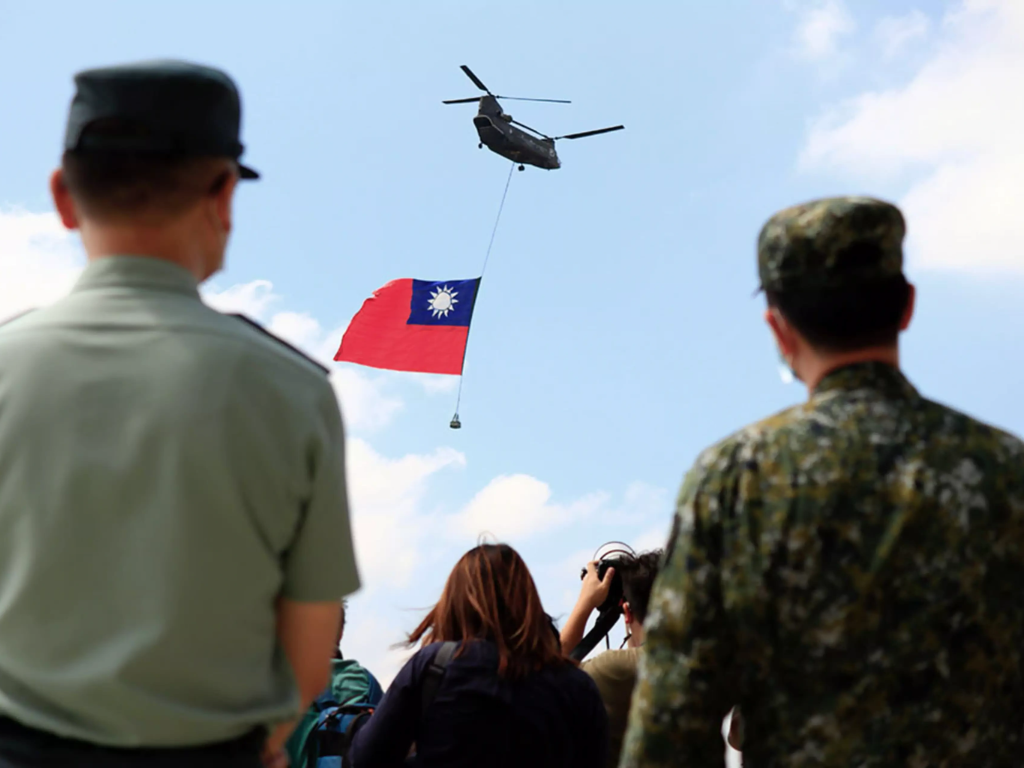 During the same year, Mao Zedong declared the birth of the People’s Republic of China (PRC) from Tiananmen Gate in Beijing. Both sides have been governed separately since then, but they share a common cultural and linguistic heritage – Mandarin is the official language in both countries.

Taiwan is an island located approximately 100 miles south-east of China’s coast. As part of the ‘first island chain’, it is adjacent to a number of US-friendly territories that are important to US foreign policy. 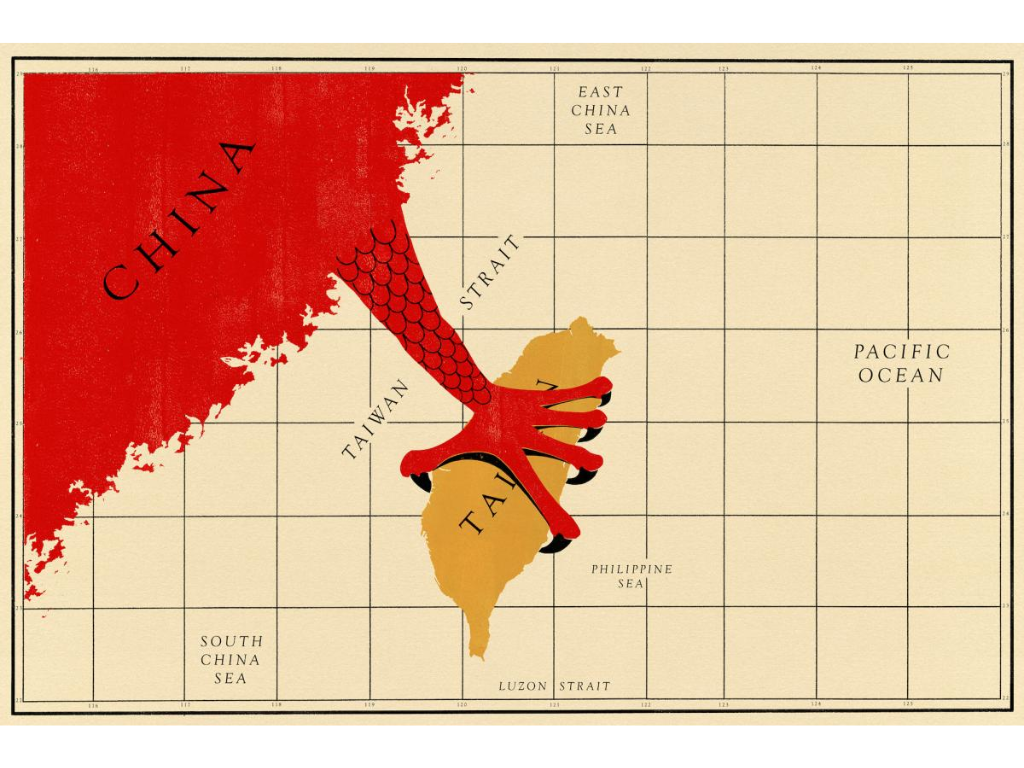 It is suggested that if China was to occupy Taiwan, it would have more freedom to project power in the western Pacific region, and it may even threaten US military bases as far away as Guam and Hawaii. However, China insists that its intentions are purely peaceful.

Why does China want Taiwan?

It is important to note that Beijing views Taiwan as an integral part of its territory despite the fact that the Chinese Communist Party has never ruled the island. According to President Xi Jinping, the Chinese government will pursue peaceful means to reunify Taiwan.

In 2021, Xi stated that Taiwan independence was the greatest obstacle to the reunification of China.

“Those who forget their heritage, betray their motherland and seek to split the country will come to no good,” Xi said.

As he stated, he preferred a “one country, two systems” policy, similar to that which is used in Hong Kong, to achieve peaceful reunification. However, Taiwan generally opposes the system of government.

Is Taiwan a democracy?

Having a population of more than 23 million, Taiwan has developed into a vibrant democracy over the past few decades, with the Kuomintang (KMT) and the Democratic Progressive Party (DPP) trading victories in presidential elections.

In 1959, the United Nations recognized the People’s Republic of China (PRC), the Communist government that took power on the mainland, as the “only legitimate representative of China”.

There are only 14 countries that recognize Taiwan as a diplomatic entity and are therefore not affiliated with China. Among them are Belize, Guatemala, Haiti, the Holy See, Honduras, Honduras, Marshall Islands, Nauru, Palau, Paraguay, St Lucia, St Kitts and Nevis, St Vincent and the Grenadines, Swaziland, and Tuvalu.

An important milestone occurred in 1979 when the United States switched its diplomatic recognition from Taipei to Beijing.

According to Washington’s “One China” policy, the People’s Republic of China is the sole legitimate government of China. Washington acknowledges Taiwan’s position as part of China, but has never recognised Taiwan’s sovereignty.

Through the American Institute in Taiwan (AIT), the de facto US Embassy in Taipei, the US has maintained close unofficial relations with Taiwan under the terms of the decades-old Taiwan Relations Act.

Has Taiwan always been separate from China?

In the 17th century, the Qing Dynasty began administrating the island under full Chinese control. In 1895, the first Sino-Japanese war ended with the island being handed over to Japan.

After Japan lost World War II, China regained control of the island in 1945.

On the mainland, a civil war ensued between Chiang Kai-shek and Mao Zedong’s Communist Party. In 1949, the communists gained control of Beijing.

As a result of its collapse, Chiang Kai-shek and the remnants of the nationalist party, known as the Kuomintang, fled to Taiwan, where they ruled for almost two centuries.

According to China, Taiwan was originally a Chinese province. According to Taiwanese historians, they were not a part of the modern state created after the 1911 revolution – or the People’s Republic of China created under Mao.

In Taiwan’s history, the Kuomintang has been one of the most influential political parties. At present, Taiwan is recognized as a sovereign state by only 13 countries (plus the Vatican).

In order to avoid recognition of Taiwan, China exerts considerable diplomatic pressure on other countries.

Can Taiwan defend itself?

By strengthening economic ties, China could attempt to achieve “reunification” without using military means. However, in any military confrontation, China’s armed forces would be incomparable to Taiwan’s. 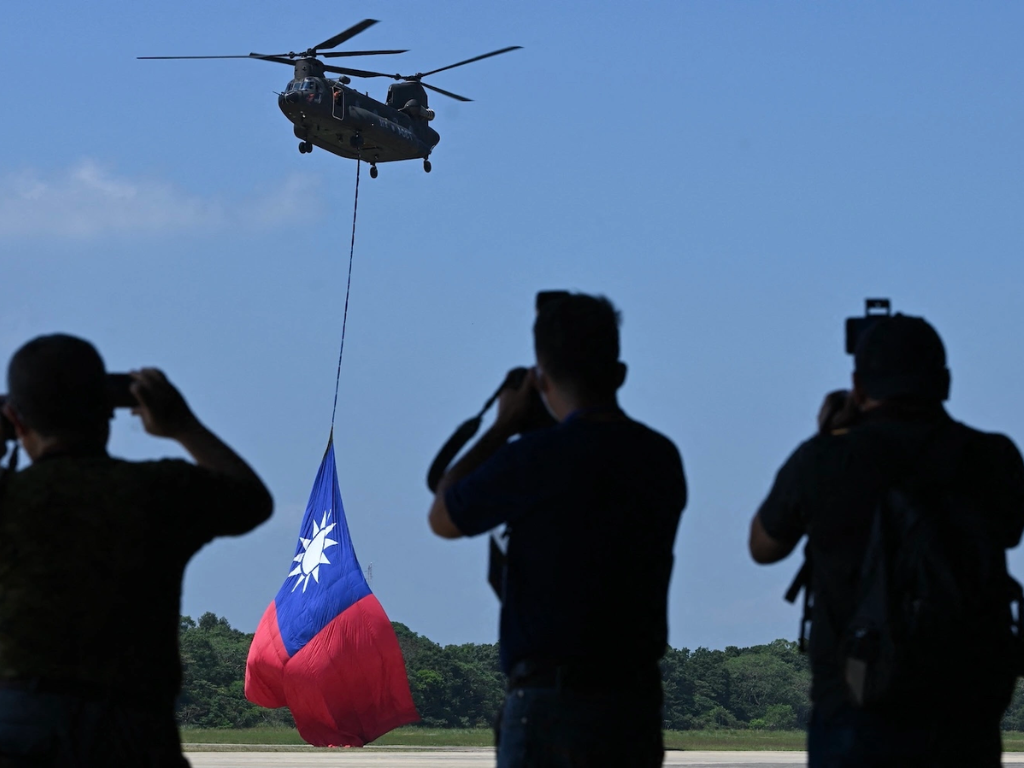 It is estimated that China spends more on defence than any other country except the United States, with a wide range of capabilities that include naval power, missile technology, aircraft and cyber attacks.

While China’s military power is largely focused elsewhere, there is a significant imbalance between the two countries when it comes to active duty personnel, for example.

Does China have the capability to invade Taiwan?

China now has the world’s second-largest defence budget behind the United States, totaling approximately $290 billion this year. Due to this, advanced weapons systems, including the J-20 stealth fighter, hypersonic missiles, and two aircraft carriers are being developed. 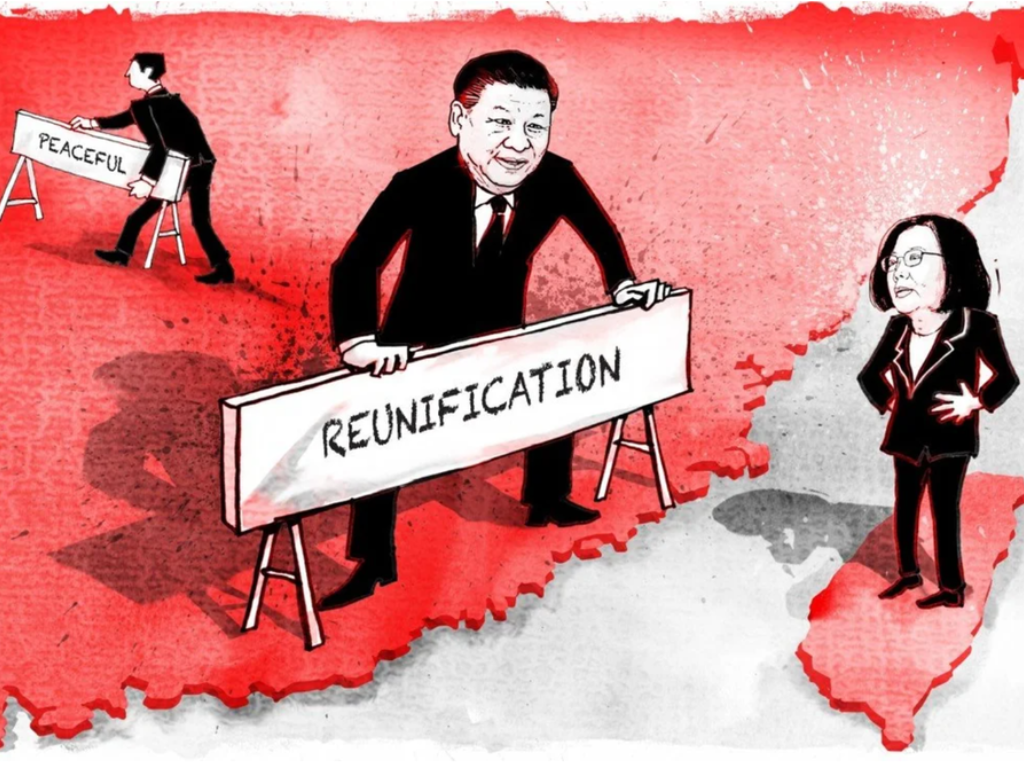 In light of China’s tacit support for Russia’s war on Ukraine, questions have been raised about its intentions regarding Taiwan.

As of the 24th of February, China has refused to criticize Russia for its actions, blaming the US and NATO for provocations, and has condemned punishing sanctions against Moscow.

The Taiwanese government has increased its combat readiness and wartime preparations in response to concerns about an invasion.

As reported by the US-China Economic and Security Review Commission last year, China has boosted its arsenal of missiles and amphibious ships, which are essential weapons for crossing the 200km-long Taiwan Strait.

What is the US role in defending Taiwan?

Historically, Washington has provided political and military support to Taiwan without explicitly promising to defend it in the event that it is attacked by the Chinese.

US President Joe Biden’s warning in May 2022 that the US would defend Taiwan against Chinese aggression made headlines around the world – and renewed tensions between the small democratic island and its neighbouring autocratic superpower.

Although the US does not have bases on Taiwan, American officials confirmed last year that special forces have been training with the Taiwan military for more than a year, including maritime operations with Marine commandos in recent weeks. According to Pentagon spokesman John Supple, US military support for Taiwan is based on assessments of Taiwan’s defense needs and the threat posed by China.

What is the position of Australia?

The Prime Minister, Anthony Albanese, has urged stability and de-escalation in the wake of the visit by Nancy Pelosi to Taiwan. As part of a major defence review into the Australian armed forces, Albanese spoke on Wednesday. “We live in a time when there is increased tension and strategic competition in our region,” Albanese stated. 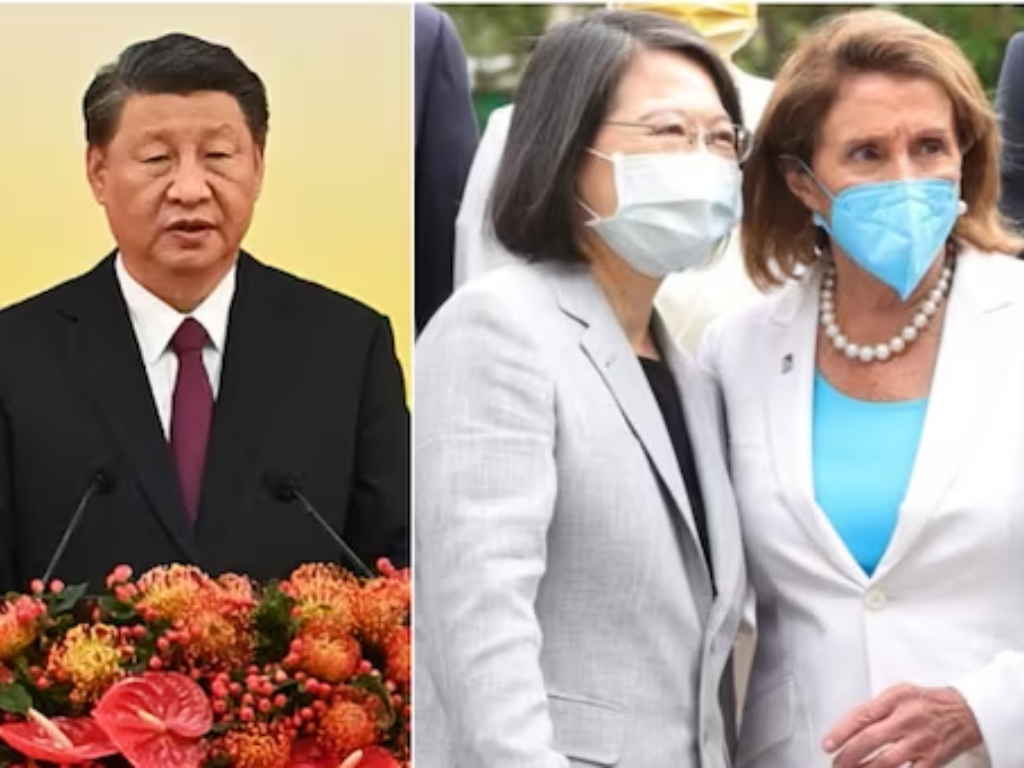 “And where China has taken a more aggressive posture in the region. But our position on Taiwan is clear. We don’t want to see any unilateral change to the status quo. And we’ll continue to work with partners to promote peace and stability across the Taiwan Strait.”

Later, Defence Minister Richard Marles stated that the federal government was monitoring the situation as a result of Pelosi’s visit. According to many security experts, Washington would expect some level of military support from Canberra in the event that China attacked Taiwan.

As former defence minister Peter Dutton stated to The Australian newspaper last year, if the United States deployed military forces to defend Taiwan, Australia would have no choice but to respond.

Earlier this year, former Prime Minister Tony Abbott, in a provocative speech delivered in Taiwan, lashed out at China’s regime. When he spoke to Taiwan’s president and foreign minister at a national security forum, he referred to President Xi Jinping as “the new red emperor.”

Since the 1950s, Australian governments have followed US policy by not announcing publicly whether they would assist Taiwan if it were attacked by the Chinese.