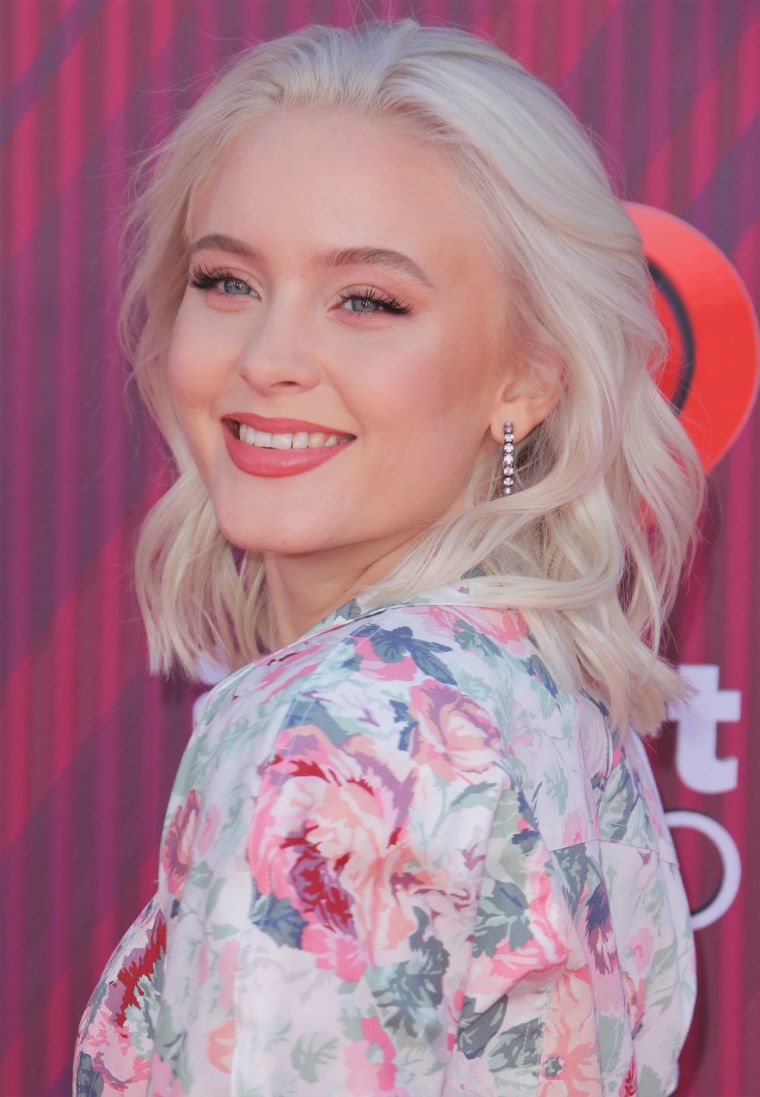 Zara Larsson is a famous Swedish singer and songwriter who famous in 2008. That year, she was the winner of the famous Swedish tv show Talent Sverige. Let’s take a  look at her life.

The talented Zara is an amazing singer who worked so hard and won many awards.

Zara Larsson was born on 16th December 1997 in Stockholm, Sweden, at the Stockholm University hospital. Her mother faced difficulties at the time of her birth as she was entangled in the nuchal cord and could not breathe due to lack of oxygen.

Zara has a younger sibling named Hannah Larsson. They both were interested in signing and performing together.  Moreover, Hannah is also part of the Hanna & Andrea music duo.  She has an amazing vocal range and knowledge of music as she was invited to join Adolf Fredrik’s Music School.  However, Zara refused the offer and preferred to become a solo artist.

Zara did not receive any official training and trained herself by listening to popular artists like Beyonce. She loves to listen to Beyonce as he model as a performer and humanitarian.

Zara Larsson went to Adolf Fredrik’s Music School but rejected it as she was not interested in singing in a choir. After that, she learned dancing from the Royal Swedish Ballet School.

In May 008, Zara auditioned for the reality tv show Talang Sverige or Sweden’s Got Talent. She was ten years old when she tried to impress the judges with a voice.  The show aired in  April 2008 on national television, and her performances were backed by public votes that secured her into progressing rounds.

Well, after four years of break, she signed a recording deal with Ten Music Group in 2012 and started working on her debut EP.  Her first EP was launched on 21st January 2013 called Introducing. Her singe was on peaked among other music charts.

After that, she worked on the second and titled it “Allow Me To Reintroduce Myself.” It was contained on five songs In which double Single “She’s Not Me “included.

In April, she also signed a three-year deal with the Us label “Epic Records.” She started working on her first-ever studio under the brand  and announced it would be titled “1.”

On 1st October 2014, her album was contained 14 tracks in which one of the biggest “Uncover” also included.  Another single, Bad Boys released on 13th October 2013. She performed in North America on tour to promote her debut studio album.

Zara started working on the second studio album in 2015. Her first single from this album was Lush Life that aired on 5th June 2015. This song was ranked among the top five songs worldwide. The next year she featured in the song “Girls Like” by Tinie Tempah and performed at UEFA Euro 2016.

Furthermore, the third single was ‘Ain’t My Fault” in September 2016 and made it to the top 20 in Australia, Denmark, and the United Kingdom. In January 2017, the album’s title track “So Good” was released. A music video was released on 3rd February 2017 that launched on 17th March.

Zara Larsson was nominated for the Best Swedish Star category in 2014 and for Best Song at the Gaygalan.  She also took the Best Female Live Artist at the Rockbjorne Awards. Furthermore, her name also appeared for Best Song and Artist of the year, Favorite Swedish Artist.

Zara won the Best New Act Award, Favorite Swedish Star in 2016. Her single Lush Life also got the Song of the Year at the P3 Gold 2016 Awards, and on 22nd October 2016,  her name was also mentioned in one of the 30 Most Influential Teens. She was nominated in the category of British Single of the Year at the Brit Awards in 2017.

According to rumors, Zara Larsson was in a relationship with the American pop star Justin Bieber in 2016. In 2017, She was attached to Niall Horan’s, but she stated that all these rumors are false and said she is single in front of the media.

As we know, she is also an activist; that’s why try to eliminate gender inequality and racism from society. She was hurt when she sexually assaulted a woman during the performance at the Bravalla Festival in 2016.

Zara is spending a worthy life. The estimated net worth of Zara Larsson is $10 million.