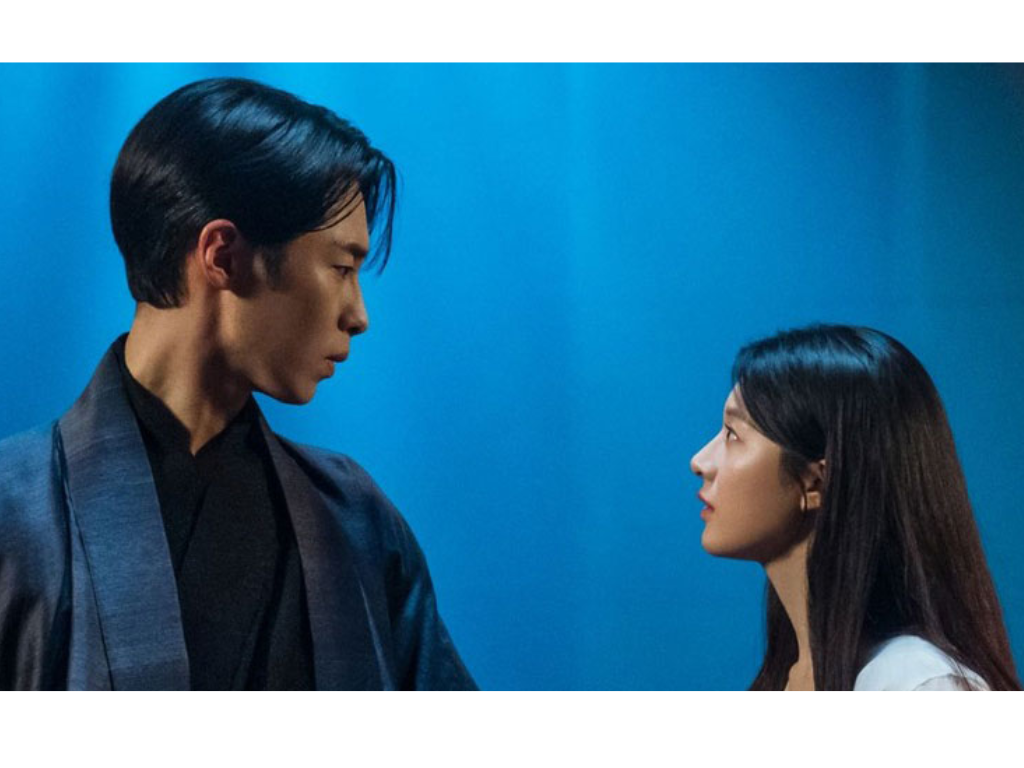 There is no doubt that Alchemy of Souls has unbelievebly become the best fantasy K-drama of all times. This is all thanks to the remarkable cast, directors, and special visual effects who brought the amazing plot and characters to life.

Let’s get to the details of the twisted tunrs of event which we encountred in the 1st two episodes of Alchemy of Souls Part 2. Be ready to get goosebumps!

In the first episode, we witnessed that Jin Bu-yeon who’s confined to a room in Jinyowon looks exactly like how Naksu looked before shifting her soul into Mu-deok’s body. It was really shocking and confusing. 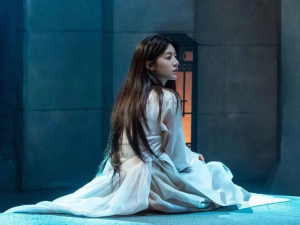 We all know that Mu-deok was none other than Jin Bu-yeon, Jinyowon’s long lost eldest daughter. After Naksu performed Alchemy of Souls, she started living as Mu-deok while waiting for her mage powers to be restored. Neither Naksu nor anyone else knew the truth about Mu-deok’s real identity.

It was the first part’s finale, when Jinyowon’s leader finally recoginized her daugher. That’s why she rescued Mu-deok’s petrified body from Lake Gyeongcheondaeho. She then asked for Master Lee’s help to save her daughter. However, Master Lee said in order to save Bu-yeon’s body, they’ll have to get rid of her soul. 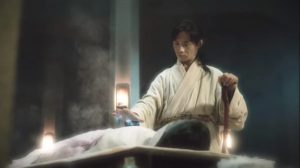 Using Naksu’s energy, Bu-yeon’s petrified body morphed into Naksu’s original form. Master Lee put it this way “Soul and Body must be one for her not to run wild”.

So, that’s how Naksu was brought back from the dead. Mu-deok as we knew her by face is gone but her memories are locked inside Naksu’s mind. Naksu who is now Bu-yeon doesn’t remember anything at all. All she knows is what her mother and sister told her.

Jinyowon has kept Bu-yeon hidden from the world for 3 years because they are afraid that people might recoginize her as Naksu. Fun fact: nobody except the evil master mind was able recoginize Naksu’s face.

Although Master Lee said that Bu-yeon’s soul has to go so that her body can be kept alive using Naksu’s energy, we have seen that Bu-yeon’s priestess powers are somehow still there. She can not use her powers as they are dormant, but she can sense energy like before.

Master Lee has clearly specified that if Bu-yeon’s powers come back, then Naksu’s memories will follow along. We all hope it to happen soon.

Junk UK was also back from the dead, but all thanks to the ice stone which is resting inside his body. Ice stone’s power has made Jung UK Daeho’s strongest and most powerful mage. In the 1st episode, he’s seen killing soul shifters who run wild. It was to kill a soul shifter, when he entered Jinyowon and came across the barrier outside Bu-yeon’s room where she has been confined for the last three years. 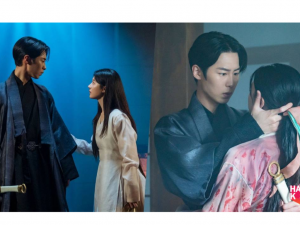 She asked for Jung UK’s help as she wanted to escape. Both of them were unable to recoginize each other since Jung UK doesn’t know how Naksu looked like before shifting her soul and Naksu has also forgotten everything about her past.

Jung UK refused to take her out with himself but he did help her find a way to escape. It was indeed very heartbreaking for us to see them like this. When Bu-yeon came to know that her mother has fixed her marriage, she finally escaped. However, she knew that it won’t be for long as her magical bracelet will allow them to track her, no matter where she go. Still, she took the risk and went out to meet her betrothed (future husband). She wanted to see if that person is capable enough to stand against her mother or not.

Jung UK and Bu-yeon both meet again after she escaped. As Bu-yeon came to know that Jung UK is the strongest man in Daeho and a pontential candidate for marriage, she asked him to marry her. She revealed her true identity and asked for his help. She said that only a person like him can save her but he refused. 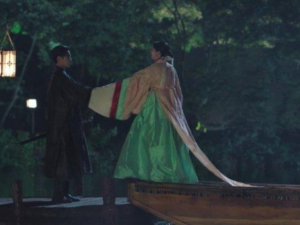 However, after realizing that Bu-yeon might be able to take out the ice stone inside of his body, he agreed to marry her. He kind of kidnapped her on the wedding day and brought her to his home.

Unfortunately, things didn’t go as Bu-yeon hoped. Jung UK soon found out that she can not use her powers as he might have lost them. Jung UK simply asked her to turn off a magical lantern which he recevied as a gift from Jinyowon. He said that this Lantern always remains on but if you can turn it off then I will take up the wedding drink with you, becoming officially married to you.

Bu-yeon didn’t even try to turn it off and just accepted that she can not do it. Jung UK asked her to go back home. He even broke her tracking bracelet. Although Bu-yeon left to leave, she came back after noticing that some entity is approaching towards Jung UK’s home. Bu-yeon fell into water while trying to save him.

She didn’t stay there the next day and left to meet the member of Seo family who she was supposed to marry. She mistook Seo Yoon-oh to be her ex-fiance. Forget not to mention that Naksu was Seo Yoon-oh’s childhood love. However, he failed to recoginize the grown up Naksu.  She wanted to see it for herself whether that man was right for her or she did wrong by running away.

Although she found Seo Yoon-oh very handsome, she remembered seeing Jung UK taking up the drink while she was resting following the attack. Without complicating anything, she straight away told Seo that she has given her heart to someone else and she have to go back to him. Unfortunately, she was caught there and brought back Jinyowon. It was soon after that when Jung UK realized that Bu-yeon succeded in turning off the lantern. She herself didn’t know it. Jung UK finally went to the unanimous assembly where Bu-yeon was to be announed the next leader of Jinyowon. To Bu-yeon’s surprise, Jung UK fearlessly announced that both of them are married. She also accepted it that they both married last night.