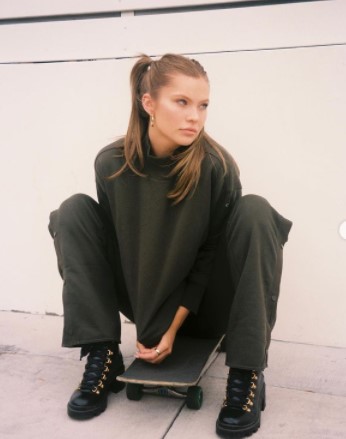 Josie Canseco’s full name is Josephine Marie Canseco. She is a famous model who was born on the 5th of November, in the year 1996 in the state of Florida. Josie was the only child of her parents but still, she went through some harsh realities because of her parents. Basically, her father José Canseco and her mother Jessica Sekley Canseco got married in 1996 but unfortunately, it didn’t go well and they split after 3 years in 1999. Anyhow, after 8 years in 2007, Josie’s Mother (Jessica) got married again to a plastic surgeon named Garth Fisher. However, that relationship also didn’t prove itself, and Josie’s Mother and Step Father also got Divorced after 4 years in 2011.

Josie Canseco is a Victoria Secret‘s model. It was her main goal to get in it, and she achieved it by debuting in Victoria Secret Fashion Show in the year 2018. Over and above, Josie got the title of “Miss June” in 2016 when she raced millions of her by posing in the magazine Playboy.

Moreover, ELLE – Serbia, Teen Vogue, Urban Outfitters, Love Magazine and more other companies featured her as a model for their brand design advertisements. Furthermore, despite being so busy with modelling and acting in Video songs like “Here for You ft. Ella Henderson” and web series like ‘Summer Break’, she is also active on Social Media where she gives her precious time to her fans on Instagram and Twitter. Well, one of the other reasons for her popularity is Social Media. You know what – solely on Instagram she has 1.2 Million followers. Indeed, Josie is one of the most followed Social Media Influencers.