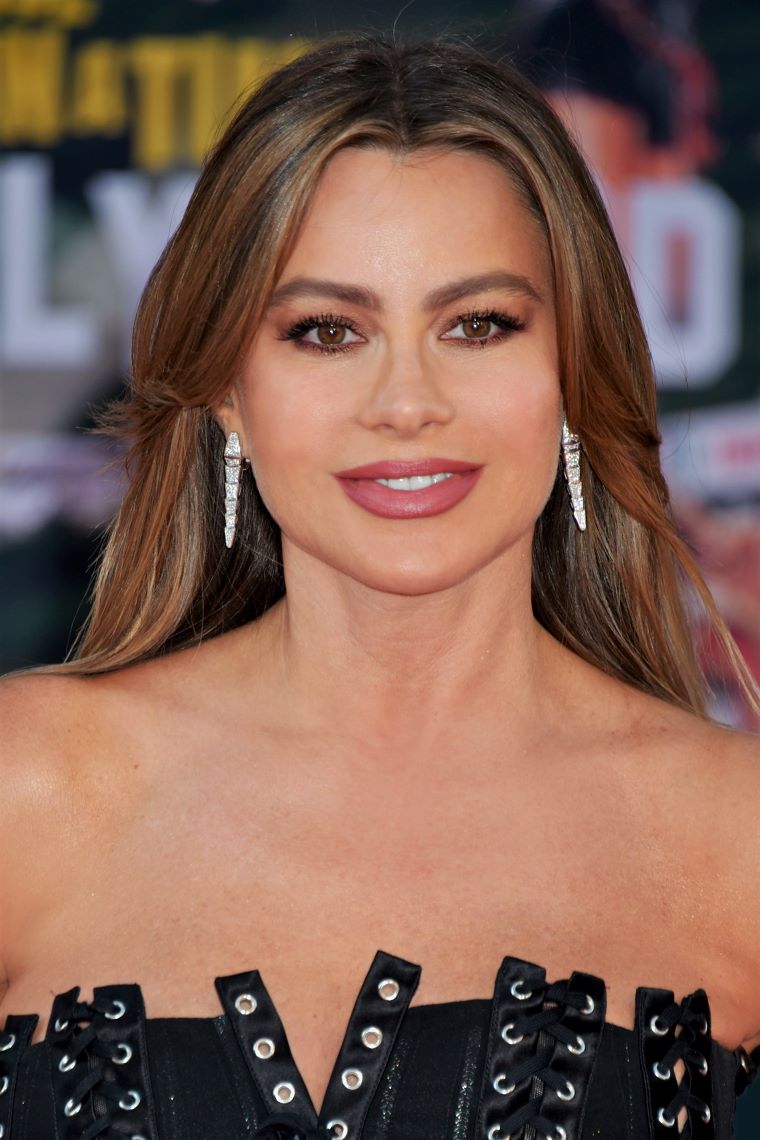 Sofia Vergara is a multi-talented and gorgeous actress who was born on 10th July 1972. She is also a comedian,  television producer, model, and presenter. Most of the popularity she gained when she was the host of two Spanish tv shows. Her born name is Sofia Margarita Vergara Vergara, and her nickname is La Toti.

Sofia Vergara first took admission at a bilingual elementary school where she learned English. She studied dentistry at University in Colombia for three years and left two semesters before completing the graduation because she got the chance to modeling.

Sofia Vergara got the opportunity to appear on screen in a Pepsi commercial for the American Latin Markets. It happened before working as a  model as well as starring in a Mexican telenovela.

Sofia Vergara started work as a runway model in Bogota, Columbia. She became popular when Sofia made the part of Univision television personality in the 1990s.  Sofia Vergara was the host of the travel show Fuera de Serie and the variety show A Que No Te Atreves. Moreover, the audience gave her so much attention during the 1995 American comedy awards. She gave the exposure in the United States as she traveled to many exotic locations from1995 to 1998.

After that, she started acting in 2002 when she appeared in the comedy film Big Trouble. One of Sofia’s most significant roles was in the movie Chasing Papi and after that in 2005 “Four brothers,” Meet the Browns 2008,  Madea Goes to Jail 2009.  On behalf of Madea Goes’s Jail performance, she was nominated for the ALMA award for best actress in Film.

After two years, in 2009, she worked so hard and performed for five weeks in Chicago’s Broadway production of ABC sitcom Modern Family.  The show hit the screen worldwide and got an instant response, and was nominated for several awards.

Sofia Vergara’s most popular movies are  The Smurfs 2011, new year’s eve, and Happy Feet Two. The next year she performed in the Three Stooges that was the adaptation of the 1930s vaudeville show. She was the voice character of Gabby Babblebrook in the animated science fiction movie in 2013.

After two years in 2015, Sofia worked as executive producer and actor in the film “Hot Pursuit.” She also received a people’s choice awards nomination due to her role in Hot Pursuit. Her latest movie, the Female brain, is in the production process. The most famous performance of Sofia Vergara is in Modern Family, and the show runs for 8 seasons.

Sofia Vergara is nominated for four Golden Globe Awards, four Primetime Emmy Awards, and seven screen actors Guild Awards. In her role in the modern family, she won seven awards from 2010 to 2013. According to Forbes, Sofia Vergara was the highest-paid actress in the United States in 2012,2013, and 2016.  Besides, her name was also nominated in the list of 99 most desirable women of 2012.

Sofia Vergara was only 18 years old when she married high school fellow joe Gonzalez in 1990. After two years, in 1992, the baby boy was born, and next year’s couple separated, and then Sofia raised her as a single mother.

In 2000 Vergara was diagnosed with thyroid cancer and undergo surgery to remove the thyroid gland.  She completely recovered through radioiodine therapy, but still, she needs medicines to prevent hypothyroidism.

After one year, she dated Nick Loeb and got engaged with him in July 2012.  But the couple separated in May 2014, and Sofia was in a legal battle with Loeb regarding the two embryos produced by in vitro fertilization when they were together. Well, Loeb tied to accuse her of neglect to keep the embryos frozen and indicated that she intends to destroy them. Sofia’s lawyer confirmed that she was content to have embryos “Frozen indefinitely.”

In July 2014, she was involved with true Blood star Joe Manganiello and engaged within six months. They married in Palm Beach on 21st November 2015.

Net Worth of Sofia Vergara