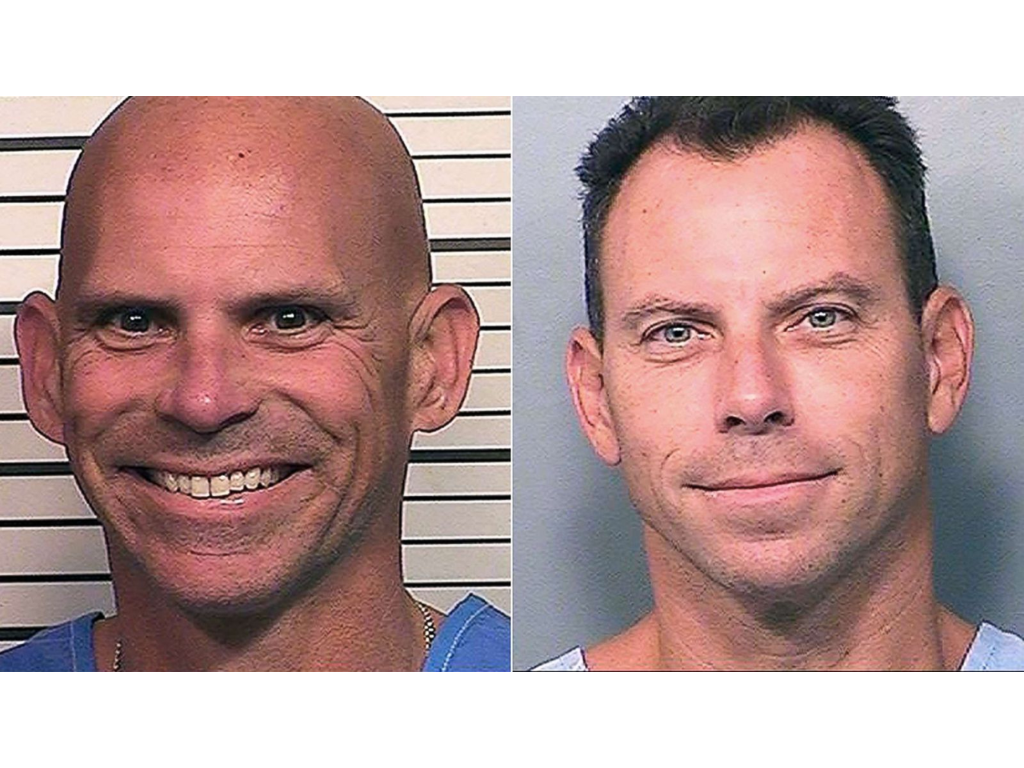 Almost three decades after their parents were murdered in their Beverly Hills mansion, the Menendez brothers have been reunited in a Southern California prison. According to Corrections department spokeswoman Terry Thornton, Erik Menendez, 47, has moved into the same apartment as his 50-year-old brother, Lyle Menendez. 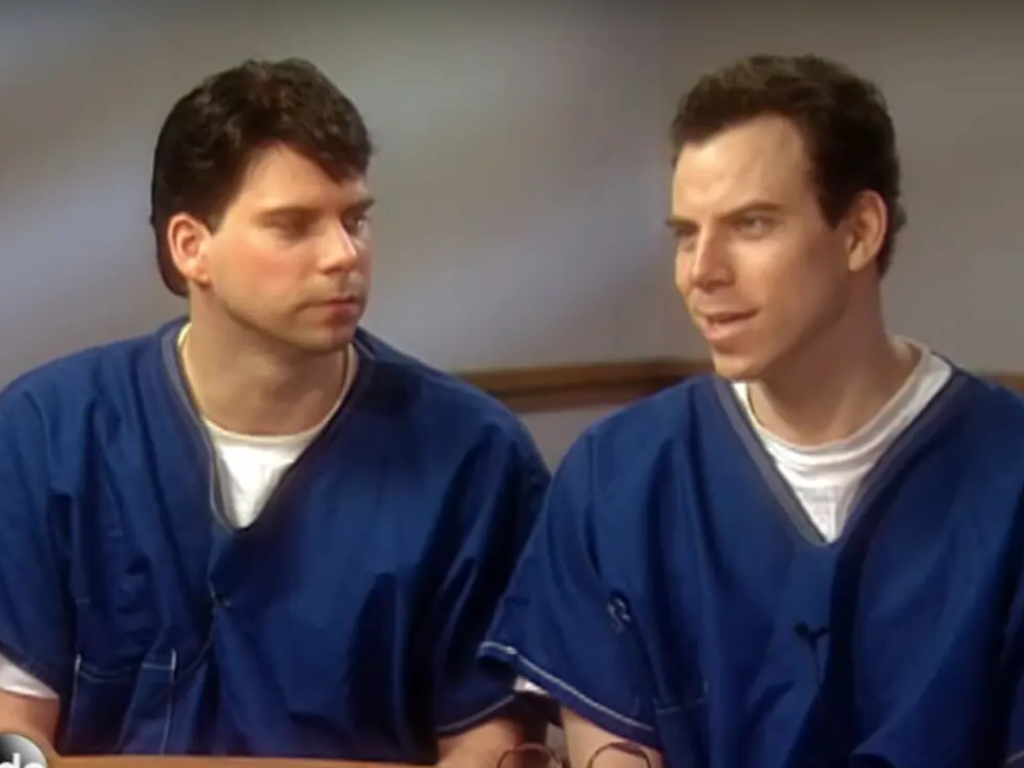 Both brothers were sentenced to life in prison for fatally shooting their parents, Jose and Kitty Menendez, in 1989. The security classification of Lyle Menendez was lowered in February after he was transferred from Mule Creek State Prison in Northern California to San Diego’s R.J. Donovan Correctional Facility.

According to Thornton, the brothers lived in separate housing units and would not have been able to communicate with each other. There are approximately 3,900 male inmates in the prison.

Lyle Menendez, 50, and Erik Menendez, 47, have moved into the same prison unit after spending the past 17 years unable to communicate with each other. According to the Menendez brothers, their father molested Erik, which resulted in the brutal killing of their mother and father in August of 1989.

However, no evidence of abuse was found.  There is now an opportunity for the Menendez brothers to interact with one another at the R.J. Donovan Correctional Facility in San Diego, where inmates participate in educational and rehabilitation programs without fighting or disrupting the other inmates.

On Wednesday, Eric moved into a housing unit with his brother, a unit where inmates agree not to fight or disrupt educational and rehabilitation programs.

She said that all the inmates at the facility interact with each other, although she wasn’t sure how the brothers reacted during their reunion. In the 1990s, the brothers asked to be sent to the same prison after being sentenced. 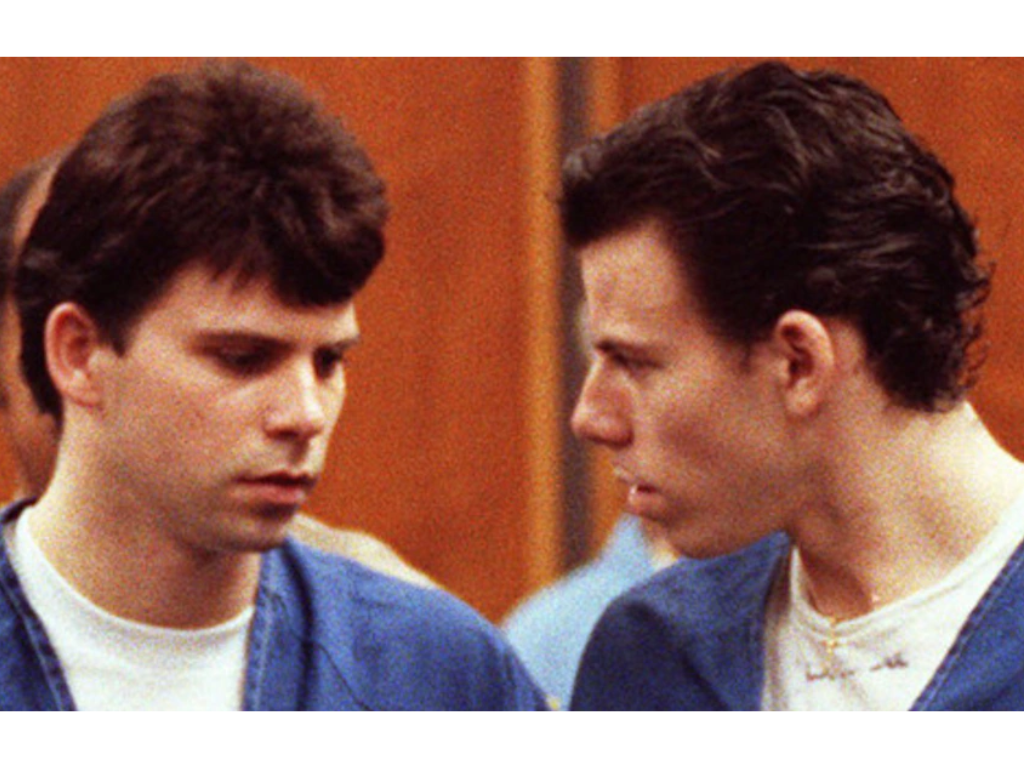 Officials at the prison often balked at putting partners in crime together, and a Beverly Hills detective was quoted as saying that if the brothers were together, they would conspire to escape. Erik Menendez’s attorney, Leslie Abramson, called housing the brothers separately ‘exceedingly cruel and heartless’ at the time.

When Lyle and Erik were 21 and 18, respectively, they admitted they had shot their father, an entertainment executive, and their mother, but they said they feared their parents would kill them if they revealed the father had molested Erik for years.

During an interview with Megyn Kelly in November, Lyle Menendez expressed how much he misses his brother.

The past 17 years had been difficult for Lyle to communicate with Erik. It is not possible for us to speak on the phone.

By writing letters and having the same family members, we communicate,’ said Lyle.

Next, Megyn examined the night the brothers murdered their father, and what prompted them to commit such an unthinkable act. In the wake of discovering what was happening with my brother, I confronted my father.

During that time, my mother became involved and we found out how much she knew about it’, stated Lyle. There was a lot of argument between her and me about it. This is an emotionally overwhelming situation.

In addition, he revealed that he never made eye contact with his parents while he was shooting them. There was no light in the room. It appears that you have been blinded by emotion. I believe that it was a combination of fearful adrenaline and, you know, just plain anxiety,’ said Lyle.

During that moment, he explained to Megyn that it was nothing more than a ‘flood of emotions’. As you know, I am experiencing a wide range of emotions.

As a child, I had never received any therapy for what happened to me,’ explained Lyle.

Basically, I buried it inside. Throughout your life, you are consumed by this fire. There is still an unresolved matter.’ The brothers, who initially blamed the killings on the mob, later claimed they shot their parents as a means of self-defense following years of horrific abuse by their father, Jose.

According to him, “I guess my brother and I had some fortune, because all of the emotion that went into what happened and transpired does not disappear.”. Both of my parents are present at the event.

This crime scene is in the middle of our investigation. Consequently, it is a very emotional experience. There was no difficulty in expressing that emotion. It is obvious that I am not telling the officer or the person on the phone the truth.’ 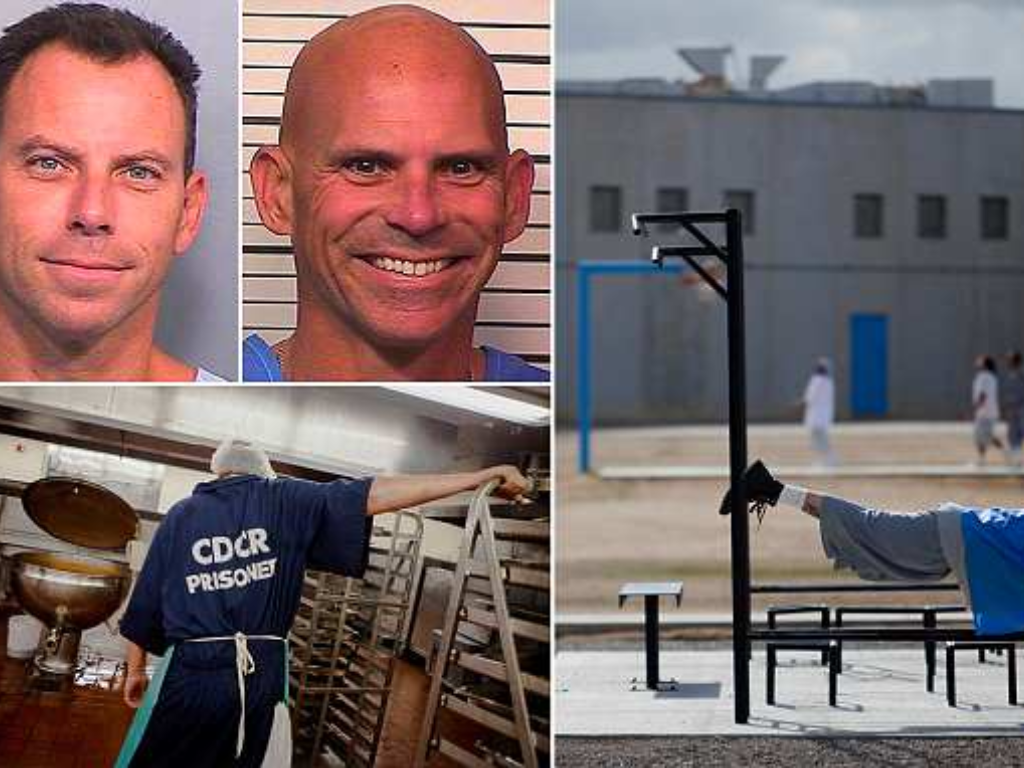 Megyn concluded the interview by asking Lyle if he has any religious beliefs. According to Lyle, he probably believes in heaven and god.

“I hope that it is a very forgiving god.”. Almost 30 years have passed since Lyle and Erik killed their wealthy parents in Beverly Hills. After shooting their father Jose point blank in the back of the head in their $5 million Beverly Hills mansion on August 20, 1989, Lyle and Erik shot their mother Kitty in the leg as she tried to run from the house.

To give the appearance that the murders were committed by a mob, they shot their father five times and their mother nine times, with the final bullet going into each of their kneecaps.

However, police were not able to arrest them until March of the following year, and both were found guilty of the murders in 1994 and were given life sentences.

According to the brothers, they were driven to murder their parents as a result of a lifetime of physical, emotional, and sexual abuse, a claim that was categorically denied by their relatives.

In 1959, Jose fled the country after Fidel Castro took power and became the CEO of RCA Records, where he signed groups such as the Eurythmics and Jefferson Starship, and later the Artisan Entertainment film studio.

He was a Cuban immigrant who fled at the age of 16. In their car, the two boys dumped the murder weapons after killing their father and mother, both of whom had been a former school teacher.

They then went to see the James Bond film Licence to Kill, followed by a drink with some friends before returning home just before midnight, when Lyle called 911.

According to the older brother, “Somebody killed my parents.”. An episode of NBC’s show focusing on the murders will air on September 26.

Although the police spoke with both brothers after arriving at the residence, they did not check them for gunshot residue to determine whether they had recently fired a gun, despite the fact that they considered them both persons of interest.

Meanwhile, neighbors had not called police after hearing gunshots coming from the house, believing it was the sound of children playing in the neighborhood.

Lyle and Erik began spending their father’s money while the police looked elsewhere for potential suspects without sufficient evidence to implicate them.

In the six months following the murder of their parents, the two brothers spent $1 million on a tennis coach, a Porsche, and a restaurant in Princeton, New Jersey. During a session with Erik’s psychologist, they were caught up in their criminal activities when Erik confessed to the crime. As Erik described what the two brothers had done, his older brother Lyle called to join him in his session, and after he too detailed what the two had done, Lyle threatened to kill the doctor if he ever revealed what they had done to anyone.

In addition, the psychologist, whose name is Jerome Oziel, was having an affair at the time with a woman in his office who overheard the conversation while the brothers were meeting with him.

Later, Oziel revealed the events in detail to his girlfriend, and after the two broke up, she went to the police and revealed that the brothers had killed their parents and threatened Oziel’s life. In addition, she informed the police that the sessions had been recorded.

Soon after, the two were arrested, and the state ruled that Lyle’s threat to kill their psychologist voids the doctor-patient relationship that normally would prevent Oziel from testifying. Beginning in 1993, both Lyle and Erik were tried separately, and their first trial ended in a deadlock.

The reason for this is largely due to the fact that when the brothers were first tried, they both claimed under oath that they had both been abused for years, while being represented by two of the top defense lawyers in the country, whose fees they had inherited from their parents’ $14 million estate.

It all culminated a week before the murders when Lyle, who was 21 years old at the time, claimed that his mother ripped off his toupee in front of Erik, who was unaware of his baldness.

According to the brothers, Erik was able to admit to Lyle that Jose had sexually molested him for years, and when they confronted him, he responded, “He is my son, and I will do whatever I want with him.”.

According to Lyle, in addition to his father, his mother also molested him sexually. Moreover, he testified that his father repeatedly forced him to perform oral sex on his mother and sodomized him as a child.

In spite of the fact that the jury was deadlocked the first time the brothers were tried, the second trial did not yield the desired result.

A jury found the brothers guilty of first-degree murder on March 20, 1996, and they received life sentences, sparing them the death penalty. The US 9th Circuit Court of Appeals denied their appeals all the way up to the Supreme Court.

It was through Tammi Menendez’s letters that Erik and Tammi began their relationship in 1999.