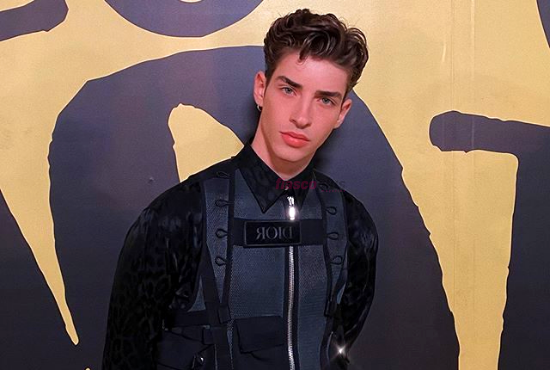 If you have watched Elite then you must know who is Manu Rios. He is none other than Patrick Blanco. One of the main Elite stars, Manu Rios is a Spanish actor and model. You probably don’t know but Manu is an influencer and singer as well. Ready to know more interesting facts about this handsome hunk? Lets keep reading.

Manuel Ríos Fernández is the real name of Manu Rios. He was born born on December 17, 1998 in Calzada, Calatrava, Spain. About his family, we just know that parents’ names are Manoli and Julia. Moreover, he has an elder brother named Josemy.

Manu has kept his personal life hidden from the media. That’s why we are unaware of the major things about him. Neither we know where he studied nor we know who has been dating this dashing guy. Anyhow, there’s one thing we can tell you for sure. Manu is very good in classical ballet and urban dancing. He properly studied both of these arts.

Well, from what his social media says, Manu has been living a good and luxurious life. We hope that his family is also very supportive and love him as much as we fans do.

Although he has been active since 2008, he was barely 9 years old when his career actually started. He participated in a reality show which later on earned him a chance to step in the entertainment industry both as a model and actor. You would be surprised to know that Manu has quite alluring vocals and he sings very well. Its been years since has has been uploading his musicals own YouTube. Has has more than 14k subscribers from all around the world.

Anyhow, lets get back to the point. Manu has modeled for various fashion brands and magazines including MMSCENE, Girlfriend, Vanity Teen, and  Mood Magazine. On the other hand, his television works include Chiringuito de Pepe, La Edad de la Ira, and Elite.